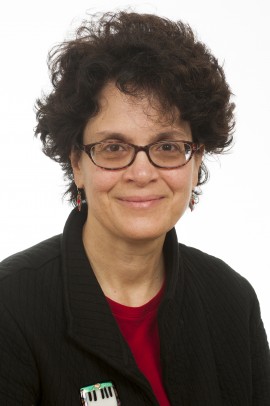 Lisa Brosseau, director of the UIC Center for Healthy Work.

The School of Public Health has received a five-year, $4.2 million federal grant to establish the UIC Center for Healthy Work.

Funded by the National Institute for Occupational Safety and Health (NIOSH), the Center for Healthy Work will focus on improving the health of people in low-wage, often hazardous, precarious employment situations. The UIC center is one of six NIOSH Centers of Excellence for Total Worker Health.

“Work is one of the most important determinants of health,” says center director Lisa Brosseau, professor of environmental and occupational health. “You can’t expect people to quit smoking, eat better, or get enough sleep if working conditions prevent healthy personal behaviors.”

Using participatory research, the center’s investigators will collaborate with community partners to identify conditions contributing to unhealthy work and then design interventions to improve work life. They will focus on Chicago neighborhoods where many workers with precarious employment live, such as North and South Lawndale.

“We will partner with community organizations to identify needs, and then work together to meet those needs,” said center co-director Christina Welter, clinical associate professor of community health sciences.

Welter cites recent mandates for paid sick leave as an example of how policy can help improve worker health.

“Without mandated paid sick leave, workers who couldn’t afford to take off due to illness, or who were afraid they would lose their jobs if they called in sick, had to work while sick, exposing their coworkers to illness,” she said. “Paid sick leave has helped these workers keep their jobs and prevent the spread of common illnesses like the flu.”

Center investigators expect their work will contribute to changes in local, state, and national policies and laws that promote jobs with healthier working conditions and more people having fair employment and decent work.