The number of pharmacies throughout the United States is growing, but some populations may encounter barriers accessing them, according to researchers at the University of Illinois at Chicago. 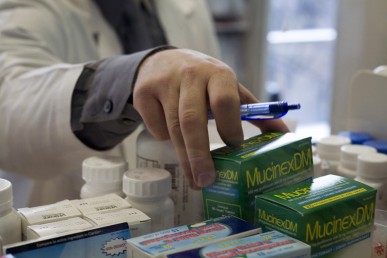 “Numerous studies examine patients’ access to health care, but few have explored patients’ access to pharmacies,” said Dima Qato, assistant professor of pharmacy systems, outcomes and policy and lead author of a new study published in the journal PLOS ONE. “Pharmacy accessibility may be an overlooked contributor to non-adherence, which is an important public health concern.”

More than four billion prescriptions, or 12.7 per capita, were filled at community pharmacies in 2015. Pharmacies today are not only dispensing medications, but many, especially at retail chains, provide preventative care such as health screenings and immunizations. In some states, pharmacies may also provide emergency contraception (e.g., Plan-B) and naloxone (a nasal spray used to treat a narcotic overdose in emergency situations) without a prescription.

“Despite their increasingly important role in healthcare delivery, there is limited information on the prevalence, distribution and characteristics of pharmacies in the U.S.,” Qato said.

Community pharmacies — defined as local pharmacies that are accessible to the public, whether independently owned or a retail chain — rose 6.3 percent, from 63,752 to 67,753, from 2007 to 2015. However, the number of pharmacies per capita remained at 2.11 per 10,000 people during that time, with substantial disparities discovered across counties.

“There is substantial variation in the availability of pharmacies across the country,” Qato said. “Some counties have 13 pharmacies per capita, while others have none.”

Fewer pharmacies were located in the Southwest and Pacific West regions of the U.S., including counties in Texas, California, New Mexico and Arizona. The lack of pharmacy accessibility is not the only factor in medication non-adherence, Qato said.

The study also highlights the important role of independent pharmacies — which were more likely to have multilingual pharmacy staff and offer home delivery services than all other pharmacy types.

While retail chains dominate market share, independents accounted for more than one-third of all community pharmacies in the U.S. In numerous areas of the country, particularly in the Southwest and Plain states, independents are frequently the only pharmacy serving the local population.

“The potential role of pharmacies, including pharmacy accessibility, in promoting access to prescription medications is not fully understood and may be an overlooked contributor to non-adherence,” Qato said.

National efforts to improve access to prescription medications should consider policies and programs aimed at strengthening the capacity of pharmacies to identify and address pharmacy shortage areas, she said.

“Pharmacy retailers should consider monitoring population demographics to better ensure that they offer services and accommodations that specifically target the needs of the local population,” Qato said.

Co-authors on the paper include Shannon Zenk, Jocelyn Wilder and Rachel Harrington, all of UIC; and Darrell Gaskin and G. Caleb Alexander, Johns Hopkins Bloomberg School of Public Health. The study was funded by grant number R21AG04923 from the National Institutes of Health, National Institute on Aging.