Antidepressant side effects reported more by patients with panic disorder 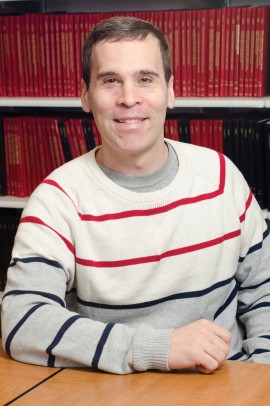 Patients who take medication for depression report more side effects if they also suffer from panic disorder, according to a new study led by UIC researchers and published in the Journal of Clinical Psychiatry.

The researchers looked at data from 808 patients with chronic depression who were given antidepressants as part of the Research Evaluating the Value of Augmenting Medication with Psychotherapy (REVAMP) trial. Of those patients, 85 also had diagnoses of panic disorder.

Among all participants, 88 percent reported at least one side effect during the 12-week trial. Every two weeks, antidepressant side effects were assessed, and categorized as gastrointestinal, cardiovascular, dermatological, neurological, genitourinary, sleep, or sexual functioning.

The researchers found that patients with depression and panic disorder were more likely than those with only depression to self-report gastrointestinal, cardiovascular, neurological and genital/urinary side effects. Co-occurring panic disorder was not associated with eye or ear issues or dermatological, sleep or sexual functioning side effects compared to participants without panic disorder.

“People with panic disorder are especially sensitive to changes in their bodies,” said Stewart Shankman, professor of psychology and psychiatry at UIC and corresponding author on the paper. “It’s called ‘interoceptive awareness.’

“Because these patients experience panic attacks — which are sudden, out-of-nowhere symptoms that include heart racing, shortness of breath, and feeling like you’re going to die — they are acutely attuned to changes in their bodies that may signal another panic attack coming on. So, it does make sense that these tuned-in patients report more physiological side effects with antidepressant treatment.”

Response to antidepressants varies greatly, and side effects are common. Many patients who experience side effects switch medication or change dosage. Some discontinue therapy altogether.

Participants with co-occurring panic disorder were also more likely to report a worsening of their depressive symptoms over the 12 weeks if they reported multiple side effects.

“In patients with panic disorder, the more side effects they reported, the more depressed they got,” Shankman said. “Whether the side effects are real or not doesn’t matter, but what was real was that their depression worsened as a function of their side effects.”

Shankman cautions that physicians and therapists should be aware that their patients with panic disorder may report more side effects, and they should “do a thorough assessment of these side effects to try to tease out what might be the result of hypersensitivity, or what might be a side effect worth switching doses or medications for.”

UIC co-authors on the paper are Stephanie Gorka and Andrea Katz.