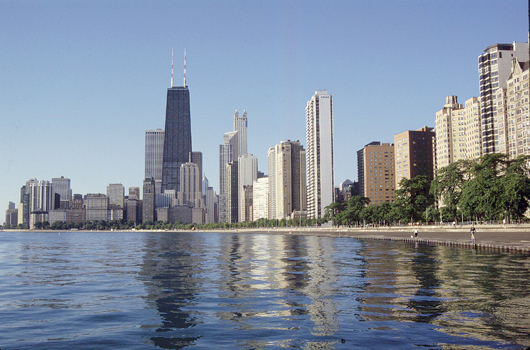 The School of Public Health will expand its rapid testing program at Chicago beaches this summer to detect dangerous levels of bacteria.

UIC has partnered with the Chicago Park District for the past two summers to conduct same-day water testing that park officials use to guide swim advisories that warn swimmers of dangerous bacteria levels. This summer the program will expand from nine beaches to 20.

The decision to expand the program came after a UIC study published in the journal Environmental Health showed that rapid testing, which analyzes levels of bacterial DNA in a water sample in just three to four hours, can guide a swim advisory by early afternoon the same day. In contrast, water culture testing takes 24 to 48 hours to yield results and cannot be used to inform swimmers until the next day or the following day. The researchers also found that same-day, rapid testing was more accurate. 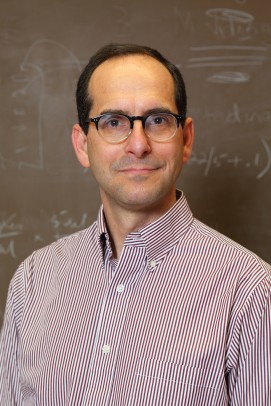 “Because water quality and water bacteria levels can change both rapidly and dramatically, culturing water samples to make decisions on issuing swim advisories today based on yesterday’s results is not the ideal way to protect the public’s health,” said lead author Samuel Dorevitch, associate professor of environmental and occupational health sciences.

Swimming in natural bodies of water can lead to gastrointestinal illness as levels of certain bacteria rise in the water, so accurate and rapid testing for harmful bacteria is a major public health concern. But same-day testing is not yet in widespread use. Only a handful of beaches in New Jersey, Wisconsin and California have tried the rapid testing method, and only Chicago is using it on a daily basis.

In conjunction with the Chicago Park District, Dorevitch and colleagues analyzed culture and rapid testing results from 900 water samples taken from five Chicago beaches in 2015 and nine beaches in 2016. On any given day, the rapid test results and the culture test results from the day before matched about 71 percent of the time — a frequency that “can still be explained entirely by chance,” Dorevitch said.

Both methods are accurate in telling how high levels of bacteria are at the time that water samples were collected, Dorevitch said, but because culture test results aren’t available until the next day, they are less useful for making a decision whether a beach poses a health hazard on that day.

“The culture method can be helpful in allowing a city or town to monitor beach water quality over time, or compare water at one beach with another, but as part of the decision-making process in issuing swim advisories, the more rapid testing method has many advantages,” he said.

The 20 beaches that will be rapid-tested during the 2017 swimming season will be sampled seven days a week.