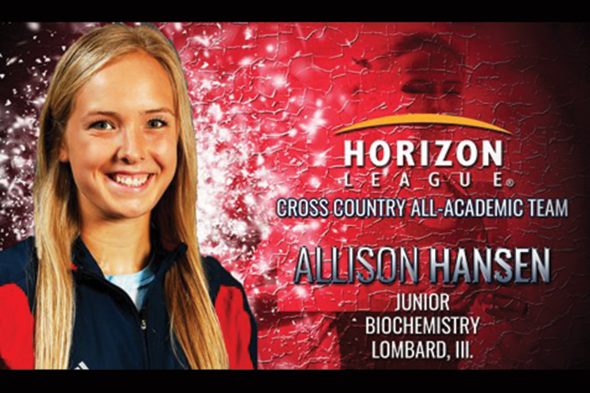 Juniors Allison Hansen and Zach Szczesniak of the UIC cross country teams have been voted to the 2017 Horizon League Cross Country All- Academic Teams.

While both student-athletes have previously been named to the Horizon League Academic Honor Roll, it is the first time that each has been chosen for the prestigious All-Academic Teams by the league’s faculty athletic representatives. 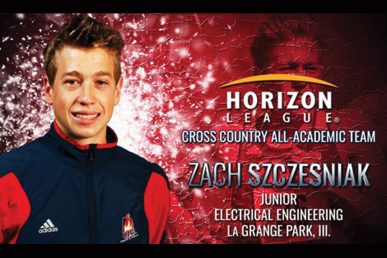 Szczesniak, a junior from La Grange Park, has a 4.0 GPA as an electrical engineering major. He is a two-time Horizon League Academic Honor Roll member. As a sophomore, he helped the Flames achieve USTFCCCA All-Academic status in 2016-17.

On the course, Szczesniak has been a key contributor for the Flames this fall. He ran a personal-best 8K time of 25:51.5 to finish second among UIC runners and 25th overall at the Illinois State Invitational Sept. 8. The third-year runner also posted a strong 5M time of 25:54.7 at one of the nation’s largest meets, the Joe Piane Notre Dame Invitational Sept. 29.

Hansen, a junior, has a 3.92 GPA as a biochemistry major. She is a two-time Horizon League Academic Honor Roll member.

The Lombard native has been a leader in competition for UIC this season, as well. Hansen has been the top finisher for the Flames in four of the team’s five races this fall. She set the program record in the 4K at the Flames/Flyers Opener Sept. 2 in 15:31.2 and ran her fastest 5K of the season in 18:47 at the Joe Piane Notre Dame Invitational. She added her best 6K time in the final tune-up before the Horizon League Championship, finishing in 22:19.5 at the Bradley Pink Classic Oct. 13.