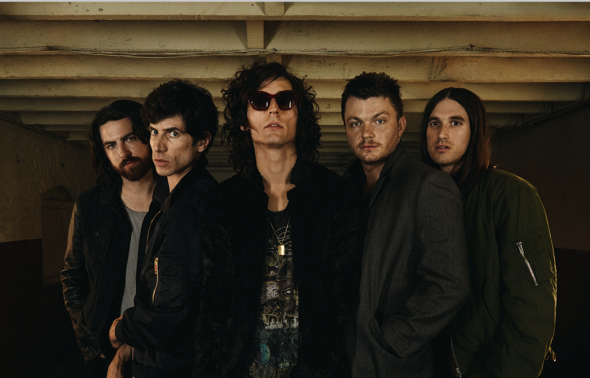 LA-based band CRX was on fire at Shubas Sept. 19

The L.A.-based rock band CRX kicked off its national tour at Schubas Tavern Sept. 19 in front of a super-charged crowd.

CRX’s music is unique. They are generally categorized as a rock band but to appreciate the music, you should notice the experimental and unconventional elements in so many of the group’s songs. Upon first impression, CRX may sound like a metal band. However, the keyboardist soon introduces electronic sounds that make up solos and riffs that set CRX apart from a stereotypical metal rock band. The electronic or synthetic sounds lighten the blow of the unfettered and forceful drumbeats. Imagine Cali beach music merging with heavy metal. That’s a quite curious combination, isn’t it?

Schubas Tavern is my personal favorite spot to find good underground music. All of the opening acts are usually guest players from the city. It’s nice to hear the grassroots sounds of the city that we live in, and Schubas offers that. I enjoy the small concert hall, where you can fist-bump the band and take a photo with performers. Music is about sharing personal and honest experiences. That kind of an art form is most intimate and powerful when you can share a moment with the performers.