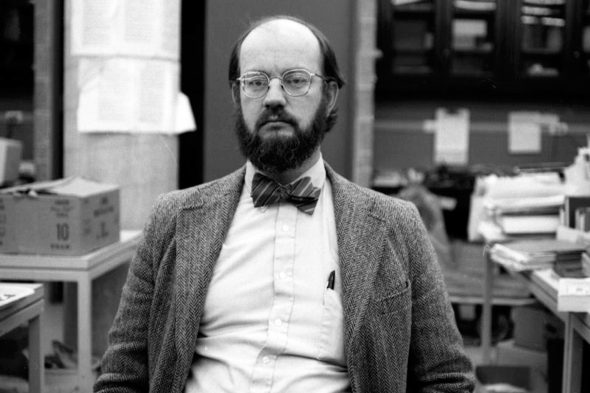 Keeley, who retired from UIC in 2014, was as a leading expert in microwear analysis and a scholar of the archaeology of farming communities in Western Europe.

Keeley is considered a pioneer in the development of techniques for successfully identifying the functions of ancient stone tools. His book, Experimental Determination of Stone Tool Uses, and related research are used and widely cited globally with several highlights in anthropological textbooks.

Additional publications include his 1980 book, War Before Civilization: The Myth of the Peaceful Savage, which was a finalist for the Los Angeles Times History Book Prize, and more than 55 articles and book chapters.

His work on microwear traces on lithic stone tools, particularly a co-authored article published by the Journal of Archeological Science in 1977, was a milestone in prehistoric studies, according to Daniel Cahan, a longtime collaborator of Keeley’s and former director of the Royal Belgian Institute of Natural Sciences.

“We can speak about a period ‘before’ and ‘after’ his work,” Cahen wrote in support of Keeley’s distinguished professorship candidacy in 2004. And “Keeley’s book, War Before Civilization, helped to develop a more realistic understanding of prehistoric societies that transcended the image of peaceful hunter-gatherers or farmers and herders living out a golden age in the primeval forest.”

Keeley was a participant in or directed excavations in California, Washington, England, Spain, Belgium, Vietnam and Egypt.

His honors include the Society for American Archaeology’s Award for Excellence in Lithic Studies in 1995, and UIC’s University Scholar award in 1989.

In a 2015 Chicago Tribune profile of Field Museum archaeologist Bill Parkinson, the UIC alumnus described the guidance he received from Keeley, who inspired Parkinson’s career path.

Keeley “basically sat me down and talked to me for two hours about his work because he loved what he was doing so much. He was talking to a student that he knew blew off his midterm,” Parkinson told the Tribune.

“He took me back into his lab. He had all of this pottery and stone tools from an ancient site he was working on in northern Europe, and it just blew me away.”

Keeley was a key member of the faculty committee that developed UIC’s joint Ph.D. program with the Field Museum, where he held an appointment as an adjunct curator and research associate. He also held various editorial roles with several archaeology journals.

His departmental leadership included serving as the director of graduate studies and a three-year period as acting executive officer.

He is survived by his wife, Lesley; his son, Pete; and his granddaughters, Marci and Sheridan.

Plans for a memorial hosted by the department of anthropology will be announced later.