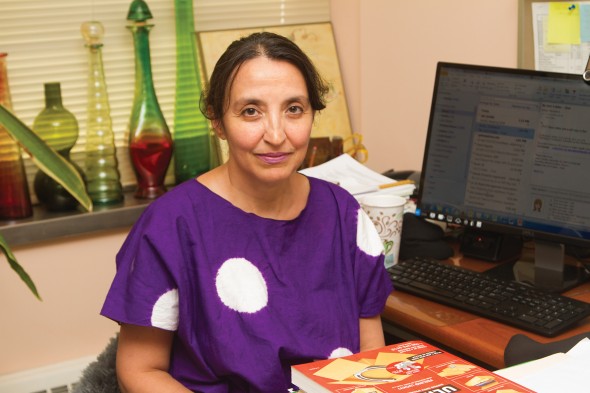 The study aims to identify the source of air emissions and areas in Cook County that have the highest levels of pollution, says Serap Erdal, a researcher in the School of Public Health. (Photo: Vibhu S. Rangavasan)

Which Cook County residents are affected most by air pollution, and how does it affect their health?

Those are the questions that collaborators from the School of Public Health and College of Urban Planning and Public Affairs aim to answer.

The first step is examining air pollution data in Cook County to understand the spatial distribution of air toxics.

“We want to know the source of contributions to total air emissions to reduce air pollution and identify the specific areas that are more at risk for air pollution to advance environmental justice research,” said Serap Erdal, associate professor of environmental and occupational health sciences in the School of Public Health. 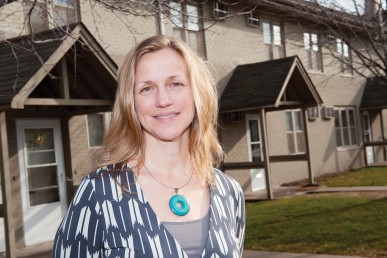 Erdal is working with College of Urban Planning and Public Affairs researcher Janet Smith to examine the connections between socioeconomic and demographic factors, air pollution and health disparities in Cook County. They received a UIC Global Health and Well Being Seed Grant in 2014 from the UIC Center for Global Health to begin their collaborative project.

Their work is ongoing, but certain factors have already proven to play a role in air pollution in Cook County.

“Vehicles are the dominant air pollution source in urban corridors, and fine particulate matter that are coming through the air via traffic emissions and diesel can do damage to the lungs, for example,” Erdal said.

Formaldehyde and other industrial pollutants are top contributors to air toxics in the city, she said.

“Environmental pollution tends to not be equally distributed,” said Janet Smith, associate professor of urban planning and policy and co-director of the Nathalie P. Voorhees Center for Neighborhood and Community Improvement. “We want to understand the connection between how people are affected and who is affected by pollutants.”

Pinpointing areas that have high levels of air pollution is just one part of the equation, Smith said. Another aspect is determining why people live in these areas — is it their only choice? — and how these pollutants affect their health.

They plan to apply for additional grants to further their research and develop journal publications on their findings. The multidisciplinary aspect of their work is invaluable, Erdal said.

“We have so much to learn from one another, so bringing different expertise together is really what makes the project work,” she said. “We are very fortunate that we were able to get this collaboration started with support from our very own institution.”

Smith hopes to expand the project to help communities with a heavy industrial presence develop brownfields — former industrial sites that have hazardous substances or pollutants present — in a way that helps the community and provides health benefits.

“It’s one thing to have findings that show pollution and concerns related to the pollution, but the next step is what do you do about that?” she said. “This is action-oriented research. We want to work with communities and empower them with data and use it as leverage to make change happen.”