I am UIC: Something I learned today 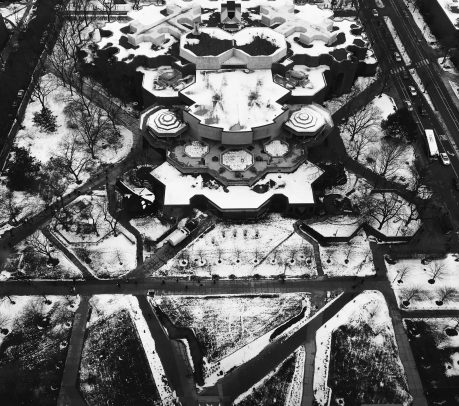 Happy first week of the semester! I return to campus feeling refreshed from the month break, and more or less ready to take on new projects and start new adventures. After surviving the extreme pressures of last semester, I enter this week feeling as though I can take on anything. We’ll see what really happens, of course.

Anyways, a few new things have happened over the break. They finally reopened the 28th floor of University Hall, renovated with new floor-to-ceiling windows. You can, in fact, see the entire city from this floor. No more small and tinted windows! It is beautiful, open, and I may or may not know that the person who makes coffee on Mondays and Wednesdays makes it really well (it’s me 😉).

I also wanted to share a fun bit of information I learned today. I was in class at BSB, and my professor began to discuss the architectural style of UH and the rest of UIC campus. I’ve always stared deep into the concrete depths of UH and BSB (while most likely lost) and pondered what motivated Walter Netsch to make these tall, bold creations.

Apparently, as my professor informed us, the “raw and unpretentious honesty” of the campus comes from a 1950’s and 60’s style known as “Brutalism.” Favored by government, institutions, and universities, this style was used to create uniformity emphasize its massive presence and the austerity of the urban environment. This style is also associated with creating a “socialist utopian” ideology, and was also used by communist countries in Eastern Europe. The concrete style does not age as gracefully as other building materials, which may be a testament to the ever-changing nature of the city.

Just thought that was very interesting, and makes a lot more sense to me about the context of why our campus is what it is today. I also think it’s interesting because while our campus was designed to look clean and uniform and powerful, UIC is a hub for diversity in thought, opinion, belief, inspiration, and visions for the future. We are all here in one place, aimed at taking different paths and changing different parts of our society. A cool thought, and rather ironic contrast. 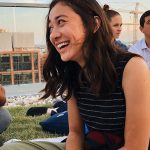 Abigail Floresca is a junior majoring in criminology, law and justice with a minor in professional writing. Writing is how she connects, processes, expresses and relates to the rest of the world. Increasingly aware of the power of storytelling in bringing about change and reform, Abigail earnestly seeks to find a way to incorporate a perfect blend of writing and social work within the criminal justice system — she dreams of bringing about a positive change, one story at a time. At UIC, she is involved in campus ministry; conducts research with the criminology, law and justice department; interns with the Chicago Justice Project, and loves exploring new places downtown.