I am UIC: Student creates mentorship program to pair undergrads with seasoned professionals in engineering 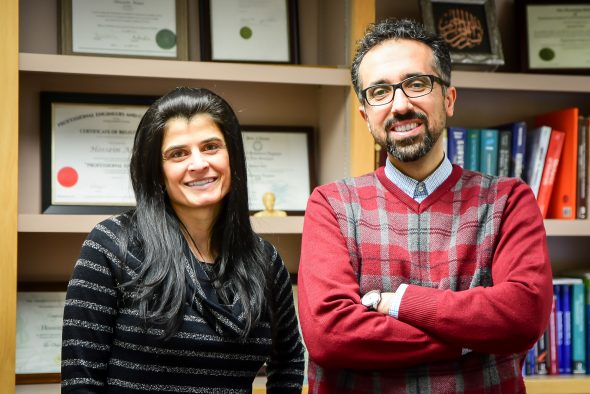 Junior Michelle Calcagno constructed high-rise buildings for 18 years before she began her studies at UIC.

Now, Calcagno is piloting a mentoring program that pairs students with retired engineers that could extend across the country through the American Society of Civil Engineers (ASCE). She is working with her professor and sponsor, Hossein Ataei, to establish the program, which she has named “Legends.”

Ataei encourages his students to meet with him and discuss engineering-related pursuits that they have. As a Fellow of ASCE, he may be able to offer leverage to students and their ambitious ideas by reaching out to his professional network and resources within the American Society of Civil Engineers.

“Michelle’s project touches on many stakeholders in civil engineering,” he said. “I told her we’re going to take this directly to the ASCE Headquarters in Virginia.”

A Chicago-born, self-described “high-rise girl,” Calcagno believes the program will mutually benefit retirees and students. She said she wants her classmates to question whether they want to work in that field for the rest of their lives. She has seen people who live with regret during her time in the workforce and would like to prevent students from going down that path.

Consequently, Calcagno said the Legends program enables the students to professionally engage with engineering retirees who have the knowledge, expertise and experiences that they are often willing to share with the aspiring civil engineers but traditionally lacked an outlet for such. The program is also a subtle avenue to empower, reenergize and include the retirees back into the academic and professional community at large.

“This is a project that touches on a layer of professionals in civil engineering who might think they have been forgotten,” Ataei said.

Ataei encouraged Calcagno to meet with officials within the ASCE National Headquarters to present her ideas to the ASCE’s Member Communities Committee and find support for those within the higher executives of the American Society of Civil Engineers in November 2018. Since ASCE has a Student Chapter here at UIC, with the oversight of the ASCE National Headquarters and the help and mentorship of the ASCE IL-Section, Michelle will work closely with ASCE-UIC to pilot the initial “Legends” program at UIC for the first time in the U.S.

Calcagno said there currently is a mentoring program in place within the ASCE, but it only pairs the students with working professionals, who often do not have the time or lifelong professional experiences and advice to share with the students.

“Someone who is 35 or 40 years old might not tell you they hate their job,” she said. “Students are afraid to ask current employees ‘real’ questions because they do not want it to affect future job opportunities. That fear is removed with a retiree. Retirees are also more inclined to offer truthful opinions about a company or path that a working engineer might withhold fearing industry repercussions.”

Ataei said the ASCE has been looking for ways to engage retired engineers with younger members.

“That was the missing link that Michelle brought to the table,” he said.

Christopher Schaal, a junior at UIC and Calcagno’s classmate, is interested in taking advantage of the upcoming program. He said he heard about the idea through the student ASCE meetings.

Schaal said he first became interested in the field after a conversation with a retired engineer.

“I think there is a lot of preoccupation of youth. We assume people who have been around awhile to have already had their say,” Schaal said.

Schaal said workplace culture may become lost if young engineers do not engage with older engineers. As a member of the current mentoring program, which is also fairly new, he said he is working to find internships but professionals often lack the free time to talk about the field in depth. 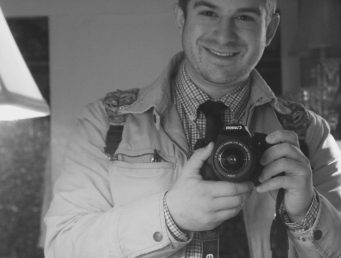 Tom Ackerman is a first-year transfer student and a junior studying communication. He is pursuing journalism as a future career and appreciates community stories as well as sharing stories in different perspectives to shed light on happenings. Tom grew up in Chicagoland but spent the last three years in New England seeing sights, skiing and fishing while attending community college. Tom is thrilled to be back in Chicagoland and appreciates any student-oriented news tips. Disclaimer: Tom prefers the White Sox to the Cubs.