I am UIC: Urbanists in academia 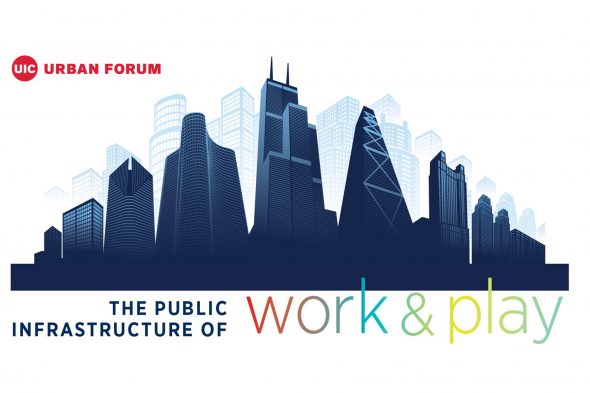 While ascending the escalator in Student Center East, I was passed by a man with gray hair and an oversized backpack with a bike light and helmet attached to it. On the next floor, he asked someone for directions to the Illinois Room. He was heading to the UIC Urban Forum.

Every year it brings creatives, intellectuals and policymakers together for presentations and panel discussions about urban design.

As a bicyclist, the man fit my expectations of who goes to events such as this. I assume bicyclist have more intimate connections with the city than car enthusiasts. Bikes move at safer speeds to appreciate the nuances in architecture. They don’t get you too far, but that just means they take more advantage of neighborhood amenities. Their paths go under or over highways, and they skip around congestion. There’s no exhaust fumes and no need for parking lots that raze. Bikes, I imagine, are a city’s best friend.

I went to the Urban Forum between classes and was surprised to see that most of the attendees were clad more formally than the average bike rider.

Curious City, the show she runs, “works with an engaged public. They send in questions, but it takes a lot of follow up.”

She pointed at a problem: How can urban planners better address the desires of neighborhood dwellers?

My mind wondered to a bird’s-eye view outside the building we were in. Students walked from the adjacent dorm rooms to the center quad. Other students might live elsewhere; perhaps in the suburbs, perhaps in a neighborhood. Where do students fit on Stewart’s value scale?

It’s this transient demographic that urban planners seem to be satisfying. The population of educated millennials are increasing, while Chicago at a whole is losing population. But students need to work on democracy. Voters 18 to 24 years old cast the fewest ballots last November. Some just don’t care to be “an engaged pubic.” Maybe because they’re already satisfied. On Stewart’s value scale, they seem to be balanced already.

I brought my attention back into the room.

“We expect art to always be beautiful. Where are the spaces to make all the other emotions?” asked artist Miguel Aguilar.

Chicago is pretty blunt about this. It’s hard to navigate through any neighborhood without being reminded by billboard-sized lettering that “you are beautiful.” With his baseball cap turned around and camo shirt untucked over his jeans, Aguilar’s stage presence spoke for the neighborhoods. His method of engaging the public is through graffiti and helping youth find their voice with it. He thinks public art can be a platform to talk to city planners; especially for citizens outside academia. But for meaningful change, he argues that planners need to “shut up for five years and listen.”

With that, Aguilar ended the conversation between the panelists. Applause traveled across the room. The bicyclist took his gear and headed for the doors. The bike lane on Halsted will help him get home. 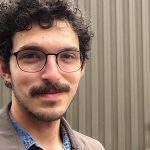 Jarred Gastreich is majoring in anthropology. That word often raises eyebrows, so he tells people that he is studying journalism. He will use ethnography and his previous photography background to reveal engaging journalism stories. Originally from St. Louis, he was inspired by preservationists and repurposers who humbly supported each other and the character of their city. You may see him around town commuting on his bicycle or attending a local music concert.

blog, I am UIC, Urban Forum