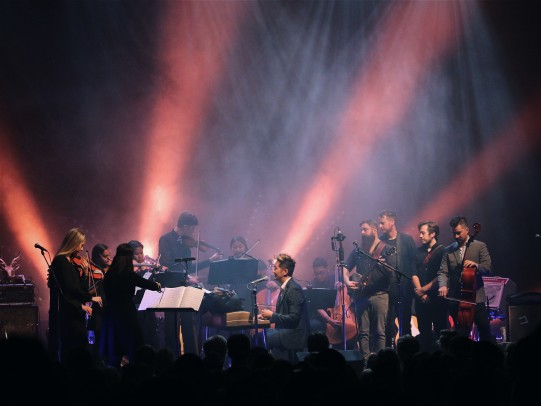 Kishi Bashi has been one of my favorite musicians since I first heard his music back in my freshman year at UIC. Kishi Bashi (or Kaoru Ishibashi) is a unique musician, who stands out through his unusual live performances. He is a solo artist who both sings and plays his own accompanying music by combining multiple layers of looped violin sounds to create a full, symphonic melody. From the moment that I heard the song “Manchester” from his debut album 151a, I’ve been absolutely smitten.

On Oct. 10, Kishi Bashi had a concert at the Vic Theatre, off Belmont Red Line stop. He was on tour for his latest album, Sonderlust. Kishi Bashi explained that the title of his album was inspired by the word “sonder,” a term coined by John Koenig from The Dictionary of Obscure Sorrows. The word describes the realization that each random passerby is living a life as vivid and complex as your own, very fitting for a concert, where strangers come together to experience a vivid moment in their lives.

Though he is usually a solo performer, Kishi Bashi was joined by a group of talented musicians who performed with him at the show. Kishi Bashi’s concert was a vibrant array of lights, colors, and sounds, highlighting music from Sonderlust, but also from previous albums such as 151a and Lighght. Some of my favorite songs from the show’s setlist included “Hey Big Star,” “m’lover,” “Can’t Let Go, Juno,” “I Am the Antichrist to You,” and “The Ballad of Mr. Steak.”

The most memorable moment for me was when Kishi Bashi jumped onto the crowd, playing the violin above the audience as he crowd surfed. That wasn’t the only surprise that he had in store for his fans at the show. When Kishi Bashi and his bandmates came back on stage for his encore performance, he was joined by a group of student musicians to accompany them for the encore.

Kishi Bashi shared how he recently released sheet music for a collection of his songs in order to encourage young musicians to have fun with music. He stated that he wanted to encourage students to play different compositions in addition to classical music. Earlier this year, multiple high school orchestras in the Chicago area competed for a chance to perform with Kishi Bashi at his show. Out of all of the orchestras who participated in the competition, Niles North High School’s orchestra was chosen to perform. Having been a violinist in my high school’s orchestra, I definitely felt a bit of nostalgia wash over me as I watched the students play onstage. Kishi Bashi and the students performed two songs together, including “Manchester.”

Seeing Kishi Bashi’s passion for music, as well as his enthusiasm for encouraging others to feel the same way, only made me appreciate him and his music all the more. I can’t wait to see what he does next. 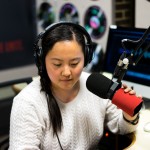 Pearl Shin is a senior majoring in English with a concentration in media, rhetoric and cultural studies, and minoring in political science and philosophy. When she isn’t writing for UIC News, doing homework, or catching up on sleep, she enjoys watching foreign films, going to geek conventions, tutoring at the Writing Center, and photographing events around Chicago. She is the public relations officer of UIC’s pre-law society and the program director of UIC Radio.