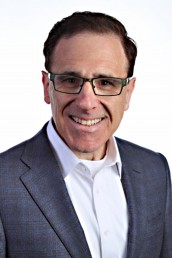 Data from a lung cancer screening program at the University of Illinois at Chicago provides evidence that national lung cancer screening guidelines, which were developed based on the National Lung Screening Trial, or NLST, in 2011 and recommend screening based on age and smoking history, may be insufficient for individuals in underrepresented communities.

Their findings are published in JAMA Oncology.

The researchers say the data illustrates how the national trial is not representative of all people living in the U.S., particularly of minorities.

“Immunotherapies and other advances in medicine have come a long way in extending life and improving quality of life for many individuals diagnosed with lung cancer, but those advances mean much less for people living in underserved communities who can’t access or are ineligible for screening programs,” said Feldman, an oncologist at the University of Illinois Hospital and professor of clinical medicine in the UIC College of Medicine. “Screening that is offered based only on age and smoking history may miss a large group of people who are at higher risk due to other factors.” 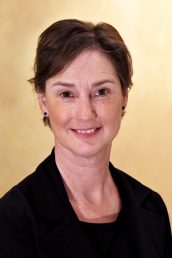 Lead author Mary Pasquinelli, a UIC nurse practitioner, says that the guidelines for lung cancer screening should be examined to see if additional risk factors, like a history of chronic obstructive pulmonary disease and having a close relative with lung cancer or a low education level, among other socioeconomic factors, should be considered alongside age and tobacco use when evaluating a person’s eligibility for screening.

“We know screening is effective, but these data show us that we really need to start thinking about more expansive, risk-based screening guidelines, especially if we want to close the gap when it comes to racial disparities in lung cancer outcomes,” Pasquinelli said. “Otherwise, continued use of screening guidelines that are skewed toward the white population could actually increase racial disparities in outcomes.”

The UIC study group consisted of 500 men and women who received care at the University of Illinois Hospital and Clinics or UI Health Mile Square Health Center, its network of federally qualified health centers. The mean age of participants was 62 years.