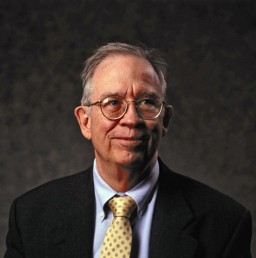 John Davis, professor of psychiatry in the UIC College of Medicine, is the winner of the Lieber Prize in Outstanding Achievement in Schizophrenia Research given by the Brain and Behavior Research Foundation.

The prize was established in 1987 by Constance E. Lieber, foundation president emerita, and her husband, Stephen A. Lieber, to bring public recognition to the outstanding discoveries being made in schizophrenia research. The prize carries an award of $50,000, and the winner is honored at the annual International Awards Dinner in New York City in October.

Davis is a true giant in the field of psychiatry, and his research papers are among some of the most-cited in the medical literature.

“Dr. Davis was there at the creation of modern biological psychiatry,” said Dr. Anand Kumar, the Lizzie Gilman Professor and head of psychiatry in the UIC College of Medicine. “He is a national leader in psychopharmacology and clinical neuroscience.”

Davis and his colleagues introduced the concept that major mental illness may be caused by biochemical abnormalities, and his group was among the first to do studies on the pharmacodynamics and pharmacokinetics of psychotropic drugs. He helped author the first science-based textbook on psychopharmacology, published in 1969.

Davis also helped develop the statistical method known as meta-analysis as a way to pool scientific data. In 1974, his group published the second meta-
analysis to pool data from the medical literature; it was the first in the field of psychiatry. The results indicated that patients with schizophrenia were less likely to have relapses if they took their anti-
psychotic medications for the long-term. This concept is now well-known as maintenance therapy.

At 84 years old, Davis shows no signs of slowing down. His current research involves identifying possible links between epigenetic changes and the development of mental illnesses including schizophrenia; the impact of nutritional supplements on schizophrenia; and the role of estrogen in the onset of schizophrenia in women. He is also extensively involved in studies comparing the effect of consumption of fish versus vegetable oils on heart attack and stroke.

Davis earned his bachelor’s degree in psychology at Princeton University and medical degree from Yale University. He interned at Massachusetts General Hospital. He plans to donate the prize money to the UIC department of psychiatry.