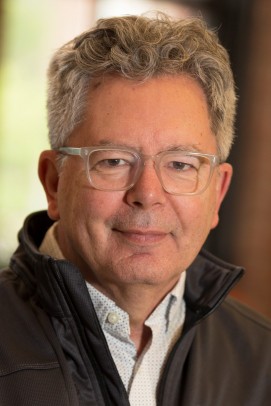 The Chicago Biomedical Consortium (CBC), a research and education collaboration of Northwestern University, UIC and the University of Chicago, has named James E. Audia, a distinguished researcher and scientific leader with more than 30 years of broad experience in the pharmaceutical industry, as its new executive director.

Audia, currently chief scientific officer at Constellation Pharmaceuticals, assumes his position Aug. 1. A named inventor on more than 100 issued patents, he will usher the innovative consortium into a new phase in its second decade, with a focus on fostering entrepreneurship and guiding translational research projects toward commercialization.

“Jim brings expertise and deep knowledge of drug discovery, as well as connections to an outstanding network of relationships with the pharma, biotech and biotech investment communities,” said Brian Kay, the CBC scientific director at UIC.

In six years at Constellation, Audia focused on epigenetics and the discovery of small molecules that target chromatin regulatory mechanisms in cancer, immunologic disorders and other diseases. Under his leadership, Constellation established a portfolio of novel inhibitors and immuno-regulatory molecules in blood cancers and solid tumors.

Audia succeeds Kathryn C. (Katie) Stallcup, who will retire in September after serving as executive director of the consortium since its launch in 2006. She helped formulate the CBC concept and the proposal that led to Phase 1 funding, during which CBC researchers advanced our understanding of the biology underlying heart disease, autism, leukemia, diabetes, Parkinson’s disease and other medical conditions.

During Phase 1, almost 300 merit-based awards supported research in drug discovery, epigenetics, biomedical engineering, proteomics and systems biology. Researchers and projects funded by the CBC have so far earned $514 million in additional external funding, mostly from the National Institutes of Health, and generated more than 1,700 publications.

For Phase 2, the Searle Funds at The Chicago Community Trust has pledged $21 million over five years, including $5 million for the first year, which began Jan. 1.