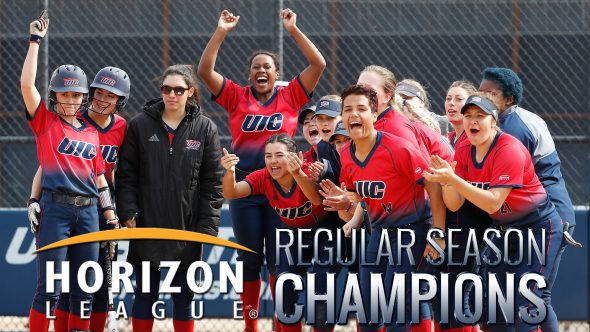 The Flames won their fifth-straight game to reel in the program’s 17th regular season title, securing the No. 1 seed as well as the right to host the Horizon League’s Championship, which starts May 9.

The Flames capped the regular season Saturday afternoon with a doubleheader sweep of Youngstown State (24-24, 14-10 HL). The Flames recorded a 3-2 walk off victory in game one and shutout the Penguins 2-0 in game two, extending their win streak to seven. Seniors Taylor Cairns and Tiana Mack-Miller were recognized and thanked prior to the first pitch of game one for all of their contributions to UIC softball.

Watts and Mack-Miller recorded one hit in each game, extending their respective career-high hitting streaks. Mack-Miller’s streak is now at 12 games, while Watts stretched hers to 11 games.