Speaking up for students during election season 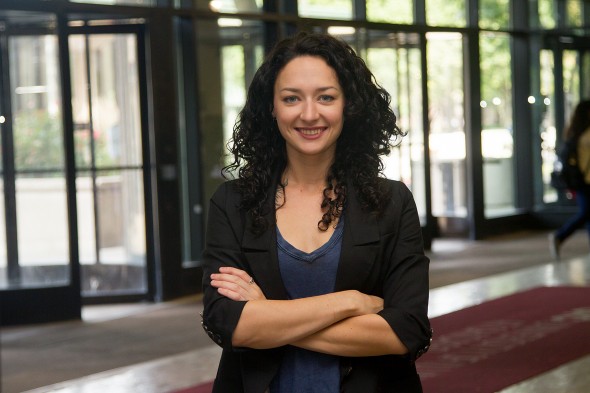 With presidential debate season in full swing, UIC student Allyson Nolde is working with College Debate 2016 to make sure candidates consider issues that are important to college students.

After discovering her passion for government through Political Science 101, Nolde delved into organizations and internships that would allow her to explore her interest.

“The political science department forwarded me an email for students that they believed were really civically involved to participate in College Debate 2016. I was a little hesitant, but I filled out an application and got accepted,” said Nolde, a senior in political science.

College Debate 2016 is a nationwide, nonpartisan student movement focused on issues that millennials care about. Nolde and other college delegates convened at Dominican University of California in September to determine what issues were most important to students.

In order to gauge what UIC students were eager to hear the candidates discuss, Nolde talked about the election with her peers on the Quad and in her classes. Aside from one-on-one interviewing, Nolde
and other student delegates used social media to get students involved, using #DearFuturePresident.

Delegates pared down the myriad issues that students wanted to hear about in the debates to five: education, immigration, social justice/civil rights, foreign policy and the economy.

Because the Commission for Presidential Debates is a private organization, it is not required to pose the questions submitted by College Debates 2016.