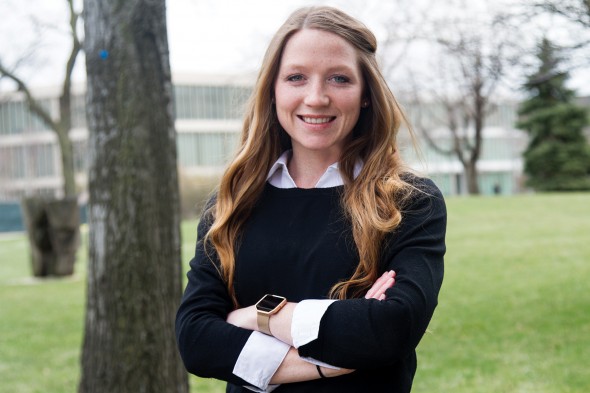 Lauren Newsome initially decided to join the U.S. Navy after high school for the education benefits, but she soon found the experience far more rewarding.

“I got much more out of the military than I anticipated,” she said. “I have traveled the world, learned a foreign language and met some of the most hard-working and dedicated human beings. I have learned what it really means to be a citizen of the United States of America.” 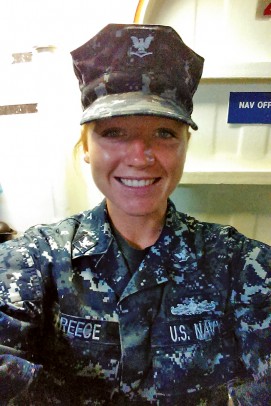 Newsome served in the Navy from 2010 to 2014 as a quartermaster. Her job included assisting the navigation team, officer on deck, and ship’s navigator in safe transit across open ocean and coastal waters. She was also responsible for obtaining, correcting and maintaining the captain’s navigational and oceanographic charts maps and publications, among other duties. She was also a member of the ship’s medical training team.

In 2014, Newsome left the Navy and moved to Chicago with her husband to attend UIC. The biology major will graduate in May and plans to attend medical school.

She has served as vice president of the Student Veterans Association at UIC for two years, leading dozens of events and fundraisers. She also works with the Chicago Army ROTC at UIC and is a peer veteran advisor, helping student veterans academically and with resources.

“UIC was the best option since it is a public university that accepts the Illinois Veterans Grant,” she said. “UIC is also known for its wonderful science curriculum.”