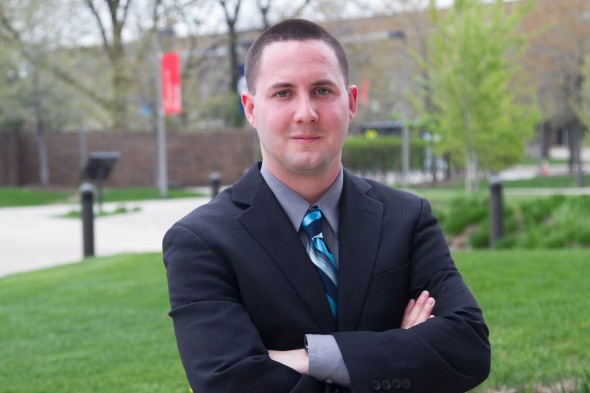 Joining the Marine Corps “was a terrific way to travel and challenge myself,” says Billy Triphahn. ­(Photo: Vibhu S. Rangavasan)

When Billy Triphahn enlisted in the U.S. Marine Corps after graduation from high school, he was determined to experience a life outside of his comfort zone. 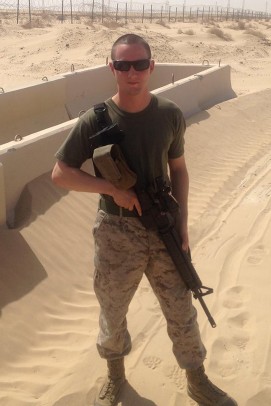 “By my junior year in high school, I knew I wanted to serve in some capacity,” said Triphahn, a senior in criminology, law and justice. “While my peers were filling out college applications, I was contacting recruiters.”

“I was highly encouraged and supported by my family,” he said. “It was a terrific way to travel and challenge myself to complete something I never thought I was capable of.”

After serving four years, Triphahn returned to Chicago to begin his undergraduate degree in the criminology, law and justice program in 2014.  “I chose UIC because I have always loved Chicago,” he said. “I wanted to be close to my family and had learned from friends about the university’s well-respected criminology program.”

He is the current president of the Student Veterans Association at UIC and served as the organization’s treasurer from 2015 to 2016. He assists student veterans as a PAVE peer advisor and in a VITAL work study position with Jesse Brown VA Medical Center. For his dedication to service in the organization and community, he was awarded the Chancellor’s Student Service Award in 2016 and is nominated for the award again this spring.

Triphahn hopes to serve again through the route of law enforcement. He is working toward that goal by interning with the Cook County Bureau of Intelligence and Investigations-Gang Intelligence Division.

“I hope to be able to travel and have a job that will never make me question if it has a purpose,” he said.

He aspired to return to UIC to obtain a master’s in criminology, law and justice.