The U of I Board of Trustees showed its support Nov. 13 for UIC’s bid to become the future home of the Obama Presidential Library and Museum.

During its meeting at Student Center West, the board unanimously approved a resolution endorsing UIC’s response to the Barack Obama Foundation’s request for proposal. As one of four finalists for the future museum, UIC must submit a final detailed proposal by Dec. 11. The other finalists are University of Chicago, Columbia University and the University of Hawaii.

“The Obama library promises rich dividends for both the university and the people of Illinois — a global attraction that would add to UIC’s growing reputation for excellence while also supporting the state’s economy through the many visitors that it would draw,” U of I President Robert Easter said.

The Obama Foundation will share its recommendations with the president and first lady, who will make the final decision in early 2015. If UIC is selected for the museum, the board must approve the project before the campus can enter into final negotiations.

UIC has proposed three sites: Harrison Field at Harrison and Halsted streets; a location in the Illinois Medical District at Taylor Street and Ashland Avenue; and a North Lawndale site in partnership with the North Lawndale Presidential Library Committee, just south of the Eisenhower Expressway and the CTA Blue Line.

The Obama Presidential Library will be part of the presidential library system, which includes 13 libraries in the National Archives and Records Administration. It will preserve and make available to the public the papers, records and other historical materials that document the lives of the president, his family, associates and administration. The library would operate through an endowment provided by the foundation and federal funding.

“Moving on to the final phase of the Obama Presidential Library bid process is a huge win for UIC,” said UIC student trustee Danielle Leibowitz, a senior in the teaching of mathematics.  “A goal of ours throughout this process has been to showcase the wonderful work that UIC does, and the outstanding people that are a part of our community.” 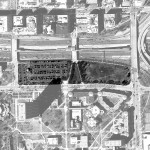 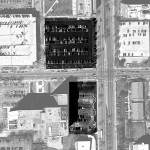 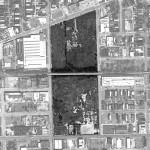 Proposed sites for the Obama Library include (L-R) Harrison Field, the Medical Center and North Lawndale.

Recommendations for College of Medicine

Urbana Chancellor Phyllis Wise has proposed establishing a new medical school there in partnership with Carle Health System. The program would combine traditional physician training with engineering and computer science.

One of three regional programs of the UIC College of Medicine is located at Urbana-Champaign (the others are in Rockford and Peoria).

UIC developed a counterplan that proposes new intercampus ties between the campuses to integrate engineering and technology into medical training, as well as a new bioengineering institute in Urbana.

Easter will seek input from the chancellors and faculty senates at UIC and Urbana, the University Senates Conference and an advisory panel of faculty senators from all three U of I campuses.

The UIC Senate supports a single, unified medical school, said Mary Jo LaDu, UIC professor of anatomy and cell biology, during the meeting’s public comment session. The UIC health sciences enterprise is a major provider of health care workers for the state, with one of every three dentists, one of six physicians and one out of every 10 nurses in the state graduating from UIC, she said.

“It’s important to identify ways that all campuses can work together,” she said. “Our goal is to do what’s best for the entire university system.”

Rashid Bashir, head of bioengineering at Urbana, read comments from College of Engineering dean Andreas Cangellaris in support of the plan for a new medical school.

“The proposal is bold,” he said. “The time is now. Engineering-based medical schools have become the benchmark.”

The board approved $180,000 in incentive-based compensation to Easter. Last year, trustees approved a program that ties university presidential pay to performance, rather than longevity.

The board also approved a 3.5 percent increase in Easter’s base salary, which, at $478,588, ranks ninth among presidents of the 14 universities in the Big Ten.

Board chairman Christopher Kennedy said Easter has helped maintain U of I as a world leader.

“President Easter’s leadership has been instrumental in both maintaining the university’s excellence and charting a course for the future that will continue its long, rich legacy of service to our students, our state and our nation,” he said.