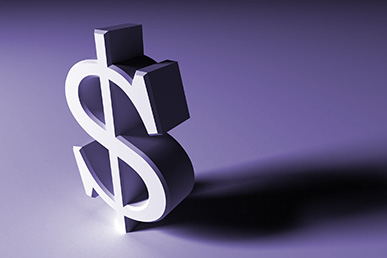 In response to a state fiscal crisis over the last 18 months, the University of Illinois system has reduced non-instructional staff by 484, about 3 percent, and reaped additional savings through reduced utilities costs and debt refinancing.

U of I President Tim Killeen said the administrative staff reduction could lead to long-term savings of as much as $1.5 million per month.

Killeen said the reductions came mostly through attrition and that nearly half of the staff loss — 202 employees — came in central University Administration (UA), where constrained hiring has been in place since July 2015.

The Urbana-Champaign, Chicago and Springfield campuses reduced non-instructional staff by a total of 282 people over the same time period, Killeen said. Non-instructional staff includes academic professional and civil service personnel at the three universities, along with UA staff; hospital workers are excluded.

The staff reductions come amid a salary freeze for nearly all employees across the U of I system that was imposed for fiscal 2016 and was extended for fiscal 2017, which began July 1, due to a shortfall in state funding. Each 1 percent of a general, merit-based pay program costs the U of I system $24 million annually. The annual operating budget for the system is $5.6 billion.

As staff has decreased, enrollment has grown.

A record 77,074 on-campus students were enrolled system-wide at the start of the current 2016–17 academic year, up 3.4 percent from the 74,527 enrolled on-campus at the start of the 2014–15 academic year. When online and off-campus students are counted later this fall, total system-wide enrollment for 2016-17 will set a record high of more than 81,000 students.

Killeen commended employees throughout the system, as well as leaders at all three universities, for their dedication and resiliency in helping to work through the ongoing financial challenges.

“The university’s greatness is demonstrated by its people in times like these, and our people are proving their collective mettle every day,” he said.

Killeen said two other noteworthy points in the U of I financial picture are the result of efficient financial stewardship and management of resources.

The U of I system also saved nearly $4 million by refinancing some of the bond debt it uses to fund various campus projects, taking advantage of low interest rates and the U of I’s superior credit rating.

In a September report by Moody’s Investor Service, a leading credit rating agency, the U of I system was recognized for its strong balance sheet and strong student demand. Those characteristics positioned the System to cope with a fiscal crisis that has culminated in a 15-month state budget impasse among elected leaders in Springfield. The university system and other institutions that rely on state support have not received a full-year budget appropriation for fiscal 2016 or 2017.

As a result of its balance sheet, Moody’s declared, “the university has the ability to adjust to ongoing changes in the state environment.” But the rating agency cautioned that “over time, inability to effectively compete for top-tier faculty and to invest in facilities could impair the university’s strategic position.”