The Center for Clinical and Translational Science at the University of Illinois at Chicago has been awarded a $17.7 million grant from the National Institutes of Health.

The UIC center is part of the NIH’s Clinical and Translational Science Awards program, which aims to quickly move scientific discoveries into actionable prevention strategies, diagnostics and treatments for patients. 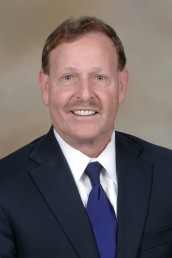 “Translational research is a vital part of our mission at UIC,” says Dr. Robert Barish, vice chancellor for health affairs at UIC. “As we work to accelerate scientific discoveries into better health care, collaboration between our health sciences colleges and other centers has the potential to reduce and one day eliminate the health disparities prevalent in our communities.”

Robin Mermelstein, co-director of the center and a principal investigator of the grant, says that facilitating collaboration and new innovations among researchers is an urgent public health need.

“Each step in the research process can take a significant amount of time, and we need research to be more efficient,” she says. “Our goal is to accelerate the process by bringing relevant stakeholders—from clinical scientists and population experts to end users, such as patients and physicians—together earlier to not only consider the research applications, but to better design and implement studies that take the most direct path to that end application.”

“The potential is that we can deliver solutions to patients in five years, not 10 or 20 years,” Mermelstein said. “For anyone with serious health concerns, this difference can mean help becomes available within their lifetime.”

This is particularly true for minority and underserved populations, she says, as researchers at UIC have access to a diverse group of patients through the hospital and networks that span both Chicago’s urban neighborhoods and Illinois’s rural areas. 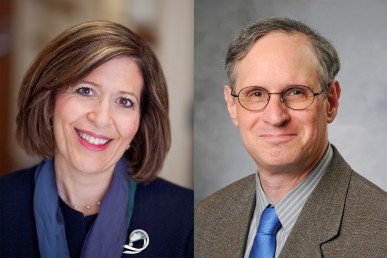 Robin Mermelstein and Larry Tobacman, co-directors of the Center for Clinical and Translational Sciences at UIC

Larry Tobacman, co-director of the center and a principal investigator on the grant, says some of the ways the center can help to quickly launch and conduct clinical studies is by providing consultation and assistance to researchers navigating through the multiple steps involved in trial development and implementation. The center can help with experimental design, recruitment and retention of participants, and accessing a trained research workforce.

Mermelstein and Tobacman say that over the next four years the center will focus on building the university’s capacity to participate in national, multi-site research projects and training future researchers.

“As we train and support researchers, we are able to help promote a culture of collaboration, integration of multiple perspectives, and enhance the scientific discovery and dissemination processes,” said Tobacman. “The result is a next generation of researchers primed to always think about how research translates to real-world applications and an environment in which translation of discoveries from bench to bedside is advanced greatly.”

The UIC Center for Clinical and Translational Sciences was awarded its founding grant from the NIH in 2009. To date, the center has provided more than $1 million in pilot grant and just-in-time funding to UIC translational researchers, and it has been cited in more than 550 publications.