University of Illinois at Chicago College of Nursing Dean Terri Weaver was one of 23 nurse researchers inducted into the Honor Society of Nursing, Sigma Theta Tau International Nurse Researcher Hall of Fame. 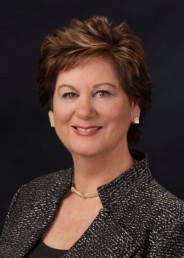 During her career, Weaver has produced two notable disease-specific functional status measures: one for chronic pulmonary disorders and the other for sleep disorders. The latter, the “Functional Outcomes of Sleep Questionnaire,” has become the gold standard for the evaluation of the impact of treatments for sleep disorders to improve quality of life. It has been translated into more than 50 languages and used internationally in clinical trials.

She is also known for her research describing the efficacy of continuous positive airways pressure treatment for obstructive sleep apnea, including optimal dose; the nature of adherence to this intervention; and causes of residual symptoms despite optimal treatment.

Weaver has also held leadership positions in the American Thoracic Society and the Sleep Research Society.

“I am thrilled that my program of research has been viewed internationally as an achievement that has contributed to science and healthcare,” she said. “I am humbled to be inducted into the International Nurse Researcher Hall of Fame with other esteemed nurse researchers from around the world, and to join existing Hall of Fame members, including several of our own College of Nursing faculty.”

Created in 2010, the Hall of Fame recognizes nurse researchers who have achieved significant and sustained national or international recognition and whose research has improved the profession and people it serves.