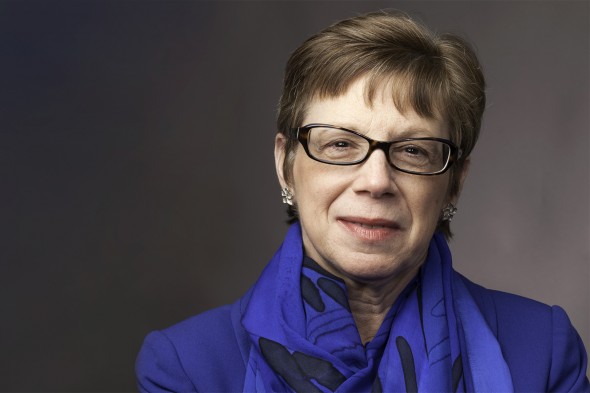 Mary M. Case was named president of the Association of Research Libraries.

Mary M. Case, university librarian and dean of libraries at the University of Illinois at Chicago, became president of the Association of Research Libraries or ARL this week. Case assumed the one-year term during the association’s fall meeting in Washington, D.C.

Case, who is also a professor, served as co-chair of the UIC Obama Presidential Library Steering Committee which worked to bring the library to UIC and the North Lawndale neighborhood on Chicago’s West Side. Preceding her new appointment, she was the association’s vice president/president-elect last year.

The Board of Directors is the governing body of the association and represents the interests of ARL member libraries in directing the business of the organization, including establishing operating policies, budgets, and fiscal control; modifying the mission and objectives; and representing the association to the community.

“I am honored to serve as president of this prestigious organization,” said Case. “ARL is essential to the work of research libraries today as we collaborate to serve our communities and solve key challenges. I am pleased to help facilitate the important activities of the association for the benefit of our members.”

Case oversees operations of the Richard J. Daley Library and Library of the Health Sciences on the UIC campus in Chicago and its regional sites in Peoria, Rockford, and Urbana. Prior to joining UIC in 2004, Case was director of the office of scholarly communication for the association that elected her president.

She had been responsible for guiding the activities of the ARL related to the production, dissemination, use, and preservation of scholarly information and helped develop SPARC, the Scholarly Publishing and Academic Resources Coalition.

Prior to her work at the ARL, Case was director of program review at Northwestern University, where she also served the university’s library system.

The Association of Research Libraries was established in Chicago in 1932 and serves to address issues of concern to the library, research, higher education and scholarly communities. The nonprofit organization has 124 research libraries as members in the United States and Canada. It represents universities, public libraries and special libraries.