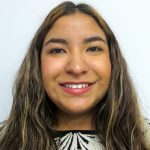 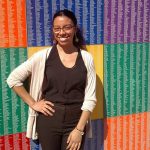 Two students from the University of Illinois at Chicago have been awarded scholarships from the Fund for Education Abroad, which aims to increase study abroad opportunities for U.S. college students underrepresented in international education.

Jazmin Juarez, of Chicago’s West Town neighborhood, and Shamira Quiñones, of Chicago’s Humboldt Park neighborhood, are among 100 winners from various racial, ethnic and socioeconomic backgrounds to receive up to $10,000 in support of study abroad for a minimum of four weeks to a full academic year. They were selected from a pool of more than 2,300 applicants representing approximately 517 colleges and universities across the country.

Juarez, a first-year student majoring in Latin American and Latino studies and minoring in Chinese and international studies, will study Mandarin Chinese during the fall semester at East China Normal University in Shanghai, China.

“I wish to deepen my knowledge about how diplomatic work varies from country to country in order to meet the needs and defend the interest of nationals living abroad,” said Juarez, who is a member of the Honors College.

Her interest in Chinese culture and language was inspired in middle school through introductory courses in Chinese fan dancing and Chinese Mandarin. She later refined her fluency in spoken and written Spanish while at UIC College Prep, where she graduated in 2017.

These skill-building opportunities, along with her UIC courses, have helped foster Juarez’s passion for international affairs and dedication to service that a career in this field requires.

“This experience will enable me to gain hands-on experience, which will enrich my current education and future career,” she said. “By the end of my study abroad program, I plan to have developed a deeper understanding and appreciation for Chinese international relations, culture and history.”

After graduating from UIC in 2021, Juarez plans to attend graduate school with a concentration in Chinese international relations.

Shamira Quiñones, a senior majoring in public policy, will spend the fall semester in Rio De Janeiro, Brazil; Buenos Aires, Argentina; and Santiago, Chile, to compare and contrast the educational structures in these countries with the U.S. education system.

“This gives me the opportunity to explore in depth the education systems and how they work for low-income students from these countries, and this also allows me to have interdisciplinary views of public policy from all angles on what works and what doesn’t work,” said Quiñones, a 2014 graduate of Noble Street College Prep. “I also look forward to learning more about the Afro-Latino diasporas in these cities.”

Some of the subjects she will examine are the Haitian immigration crises in Santiago, the history of the slave trade in Rio De Janeiro, and the free education system in Buenos Aires.

“As an Afro-Latina, this is important to me because my ancestors faced racism not just from non-Latino communities, but from the biases in the Latino community,” she said. “To have the chance to explore the African diasporas in South America provides the opportunity to have a deeper understanding of my ancestors and my own identity.”

While at UIC, Quiñones has interned for several nonprofit organizations that advocate for education equality and founded March for MAP, a student-led group that marched in Springfield to encourage Illinois policymakers to find funding solutions for financial need-based grants and the state’s higher education institutions.

“I have devoted my college career to education activism and becoming a role model of what a young and educated Latina can achieve despite being a minority and low-income first generation college student,” said Quiñones, who plans to pursue a career in education advocacy after graduating from UIC in December.

The Fund for Education Abroad was established as a 501(c)(3) organization in 2010 to provide scholarships and ongoing support to students who are underrepresented among the U.S. study abroad population, particularly first-generation college, minority and community college students.