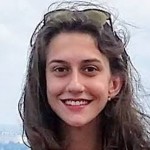 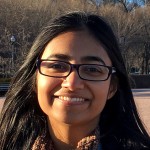 Three students from the University of Illinois at Chicago have been awarded scholarships from the U.S. Department of State to participate in intensive foreign language programs this summer.

The scholarships are part of the National Security Language Initiative, a federal inter-agency effort to increase the number of Americans mastering critical-need languages. Recipients are expected to continue their language study beyond the scholarship and apply their language skills in their professional careers.

Chaet, a graduate student in anthropology, will study intermediate-level Arabic at the Jordan Language Academy in Amman, Jordan.

Her interest in the Arabic language began in high school through classes at Lincoln Park High School, where she graduated in 2012, and through a summer language program at the University of Chicago. Chaet later took Arabic classes and studied abroad in Jordan while attending Grinnell College, where she earned bachelor’s degrees in anthropology and history in 2016.

“I just fell in love with a language that was at once interesting, challenging, and rewarding,” said Chaet, whose research explores honor-based violence and gender. “I have recently incorporated my language studies into my graduate research, as my work primarily focuses on Jordan.”

Folvarska, a senior dual majoring in history and mathematics and computer science, will study Russian at Lobachevsky State University in Nizhny Novgorod, Russia. The summer program is the equivalent of one academic year of university-level study.

This is the second Critical Language Scholarship for the Slovakia-born Folvarska, who studied advanced-level Russian last summer at the KORA Russian Language Center in Vladimir, Russia.

Earlier this year, she completed her UIC Honors College capstone research project about the Canadian Doukhobors, a Russian dissident sect that migrated from the Caucasus region to Canada at the end of the 19th century.

Folvarska, who is also minoring in French, is a 2013 graduate of Lake Park High School and plans to pursue doctoral programs in history, with a focus on Eastern European and Russian studies.

“I didn’t know anything about my own culture and it was nice to have a structured program for reading, writing, and speaking the language all in a span of two months,” she said. “A deeper interest with Punjabi definitely came after learning more about access to quality mental health care in India and more specifically, Punjab.”

Matharu, a 2014 graduate of Glenbrook South High School, is entering her fourth year at UIC, where she is a pre-medicine student majoring in psychology and a member of the Honors College.

After medical school, Matharu plans to use her Punjab language skills to reduce the stigma of mental illness and increase accessibility to mental health services.

All three recipients are students of UIC’s College of Liberal Arts and Sciences.