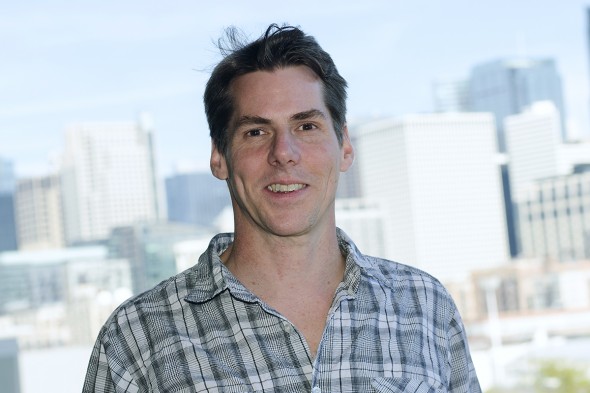 David Featherstone, who died Jan. 28, was professor and former director of undergraduate studies in biological sciences.

David Featherstone was an accomplished researcher “but that never deterred his dedication to the quality of education for students,” said Hormoz BassiriRad, professor of biological sciences.

Featherstone, who died Jan. 28 at the age of 50, was professor and former director of undergraduate studies in biological sciences.

Realizing that lectures weren’t always an effective way of teaching, Featherstone engaged students by letting them ask him questions instead. He was known on campus for his open-door policy, too, where students could, at any time, walk into his office and ask questions. He was applauded for his outstanding contributions to education and mentorship with a Silver Circle in 2008, a Humboldt Research Award in 2009, and a Teaching Recognition Program Award, given by the Council for Excellence in Teaching and Learning, in 2011.

Featherstone, a leading educator and researcher, was a neurobiologist interested in gene function. He focused on brain genes, specifically synapses — information-transferring and processing points that brain cells use to communicate with each other — and glutamate receptors, which receive messages from other cells. Research has shown that glutamatergic synapse strength is determined by the number of postsynaptic glutamate receptors — the more glutamate receptors, the stronger the synapse — and Featherstone’s labs studied genes and molecular mechanisms that control glutamate receptor abundance.

“He was a very creative fellow and very successful,” said John Leonard, professor of biological sciences. “He was quite a guy.”

Among his most notable discoveries was a gene mutation in fruit flies that allowed Featherstone and his team to learn how they could use genetic manipulation or drugs to turn homosexual behavior in flies on and off within hours. His labs also worked to confirm findings in mice.

He also spearheaded an effort to improve the biological sciences curriculum at UIC, changes that he hoped would better prepare students for life after graduation.

“He’ll leave an enormous hole in the department,” Leonard said.