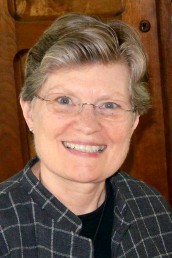 UIC alumna Cheryl Ganz has been honored with the highest award in the field of philately – the collection and study of postage stamps.

Ganz, a Smithsonian Institution curator emerita, is among awardees invited to sign the Roll of Distinguished Philatelists, established by the Philatelic Congress of Great Britain with the approval of King George V, who was the first signatory. Since 1921, 380 philatelists from 40 countries have achieved the distinction.

The signing ceremony will be held July 27 during the Philatelic Congress of Great Britain.

Ganz received a Ph.D. in U.S. history from 2005 and a doctor of humane letters from the College of Liberal Arts and Sciences in 2016.

Ganz is on the LAS Board of Visitors and was a 2015 Alumni Achievement award winner.

She retired in 2015 as chief curator of philately at the Smithsonian National Postal Museum.