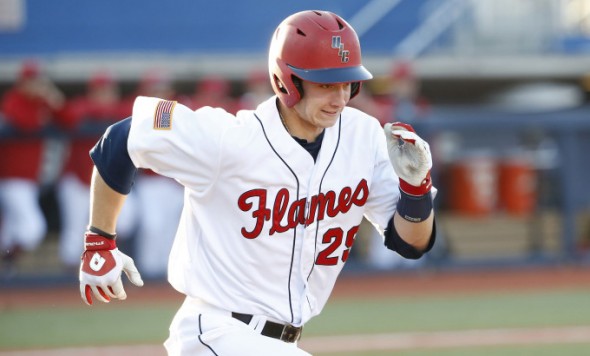 Alex Dee was one of six players selected from the designated hitter position.

Freshman Alex Dee earned a spot on the Louisville Slugger Freshman All-American team, Collegiate Baseball announced. The honor is Dee’s third postseason accolade and first on the national stage. He was just one of six players chosen from the designated hitter position.

The Onalaska, Wisconsin, native batted .300 with nine doubles, three home runs and 31 RBI during his inaugural campaign. He appeared in 51 games with 48 starts and ranked second in the Horizon League with nine sacrifice bunts on the season. Dee, who was named to the All-Horizon League Second Team and All-Freshman squad as a designated hitter, ranked second on the squad in RBI and batting average.

“We are very excited for Alex,” said head coach Mike Dee. “He had a great first year and we think he has a bright future ahead of him.”