Bread oven startup is on the rise 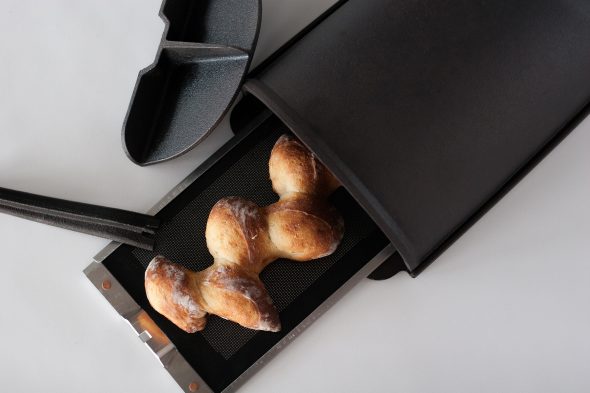 The team behind the Fourneau Bread Oven won the UIC Startup Challenge.

This is it: the oven that can help everyday people make delicious, artisan-style bread — without the fuss or frustration that comes with other bread-making tools on the market. 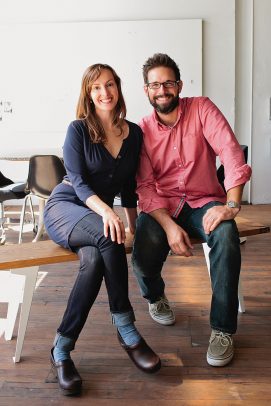 UIC faculty member Ted Burdett and his wife, Sharon, developed the idea for the cast-iron Dutch oven. “We like the growth trajectory this is on,” Ted Burdett says.

“We got into bread baking using a method called the no-knead dough recipe and the superheated container method,” said Ted Burdett, an instructor of industrial design at UIC. Popularized by the New York Times in 2006, both methods are pretty self-explanatory. Instead of kneading dough, people use long fermentation times, heat and steam to make fine-bakery quality bread.

Cast-iron Dutch ovens are the common go-to tool. Aesthetically similar to pots, they’re placed inside of home ovens for a steaming effect. Do-it-yourself bakers preheat the Dutch oven in their traditional ovens, put the dough in and move the Dutch oven back. But by using this technique, the Burdetts were having a hard time controlling the shape of their bread.

“It was a very improvised process,” said Ted Burdett. It has some big drawbacks: the cookware can weigh as much as 20 pounds, making it hard to move, and its cast-iron material heats up to about 500 degrees. That means bakers can easily burn themselves and ruin their bread.

“We decided there’s got to be a better way,” Ted Burdett said.

Finding no safer, easier or more effective alternative, the recent alum of the UIC Liautaud Graduate School of Business (’17) and his wife, Sharon, a professor of design at the School of the Art Institute of Chicago, made one.

“We changed the orientation of the baking container so that it doesn’t need to be removed from the oven,” said Ted Burdett.

Made from cast iron, the Fourneau bread oven is dome-shaped to create a steam oven effect, but it also comes with a hatch, removable handle, oven mitt and silicone baking mat; bakers just slide the loaf in or out of the oven to get high-quality rolls, baguettes, boules, pizzas and more.

In 2015, they launched their first crowdfunding campaign for the Fourneau and received $165,798 in funding from 790 backers, a successful start to their venture. Two years later — last April — the pair competed in the 2017 UIC Startup Challenge and won.

“Going through the process of preparing a business plan and preparing a pitch deck makes you think about your business in a different light and that’s been invaluable in planning the future of Fourneau,” Ted Burdett said.

It also prepared them for a bigger win. Kickstarter invited them this summer to be part of their Gold campaign, which brings the online community’s favorite creators back for a second take on past projects. The demand for bread ovens was even higher — Fourneau 2.0 received full funding in 24 hours and raised about 400 percent more than the Burdetts’ original goal of $50,000. The latest oven now retails for $245 at
fourneauoven.com.

“We like the growth trajectory this is on,” Ted Burdett said. “We’ve hit bumps in the road, but we’re really thrilled.”