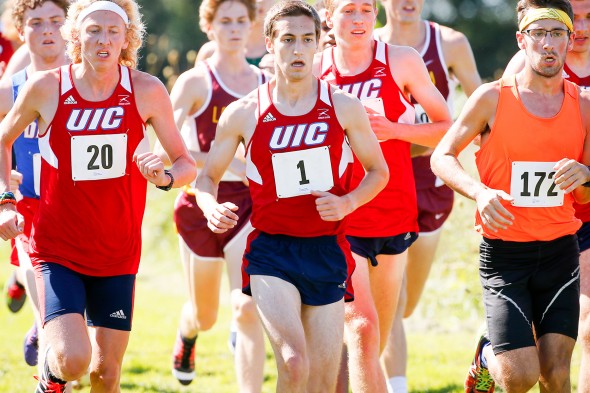 The cross country teams concluded the conference season Saturday in the Horizon League Championships with the men taking second place and the women finishing seventh.

“The guys went in chasing after the team championship but came up short,” head coach Jim Knoedel said.  “I know we had the ingredients but weren’t able to put it all together.”

Alex Bashqawi led the men with a fifth-place finish to earn a spot on the All-League First Team.  The Elmhurst native ran the 8K event in a time of 25:49.  Senior Kyle Hauser crossed the finish line with a time of 26:04, good for 10th place and an All-League Second Team selection.

“Alex ran a tremendous race to grab his highest finish ever and Zade turned in the race of his life,” Knoedel said.

The second-place finish was the highest for the men since 2012, when they also captured second place at the very same course.

“The women struggled but we still had two great individual performances from Lizzie and Allison,” Knoedel said. “They’ve shown leadership throughout the season and carried the team again. I was very pleased with their efforts.”

The Flames are preparing for the NCAA Midwest Regional in Iowa City Nov. 11, the final meet of the cross country season.