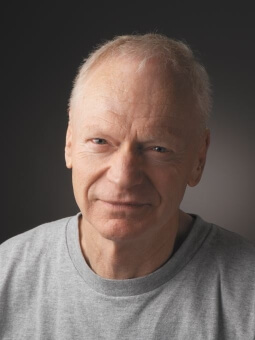 Donald (Don) Hellison, professor emeritus of kinesiology and former faculty member in the College of Education, died June 6. He was 80.

Hellison is best known for using physical education, sport and physical activity to teach children social skills and responsibility, improving the lives of at-risk youth. He dedicated more than 40 years of his life to developing and sharing this teaching philosophy across the globe.

Before coming to UIC in the late 1980s, Hellison earned his degrees from Kent and Ohio State universities. After developing an interest for teaching in the U.S. Marine Corps, he served as a professor at Portland State University for 16 years, then moved to what was then-called UIC’s College of Health, Physical Education, and Recreation. At UIC, he was a professor of kinesiology, teaching physical education at the undergraduate and graduate levels. He also directed the Urban Youth Leader Project for underserved children and youth in Chicago.

Throughout his career, he received numerous awards, including the Gulick Medal, several UIC teaching awards, and the prestigious International Olympic Committee President’s Prize for significant scholarly contributions to physical education and sports pedagogy in 1995.  In 1999, he was inducted into the National Association for Sports and Physical Education Hall of Fame.

“It indicates some recognition for my work,” Hellison said about the honor in a 1999 interview with UIC News, “but it only means that whatever you’re doing has kicked up enough dust that someone has noticed.”

Educators continue to notice Hellison’s contributions to the field. Many still use his model and strategies in their classrooms. Two of his published books, Youth Development and Physical Activity: Linking Universities and Communities and Teaching Personal and Social Responsibility through Physical Activity, are considered must-reads for professionals who work in urban schools or programs.

“Don’s work has international impact in Spain, Greece and the UK in physical education and sport, and his students and collaborators have used his work to enhance the experience of thousands of children,” said John Coumbe-Lilley, clinical associate professor of kinesiology and nutrition and Hellison’s last teaching assistant. “He also helped establish a Teaching Personal and Social Responsibility conference at UIC and helped set up the UIC College of Education’s Youth Development master’s degree.”

“He was one of the most dedicated professionals I have had the privilege of knowing, and he will be sorely missed,” said Randy Stone, coordinator of Graduate Educational Programs for kinesiology and nutrition.

Hellison is survived by his wife, Judith Hellison; as well as many cousins and other family.

Services will be held June 21 in Ohio. A local celebration of life will take place from 1 to 3 p.m. June 30 at the Crowne Plaza Chicago West Loop, 733 W. Madison St.

Donations can be made in Hellison’s name to Open School in Portland, Oregon, or to Monmouth College for the Donald R. Hellison Scholarship Award.