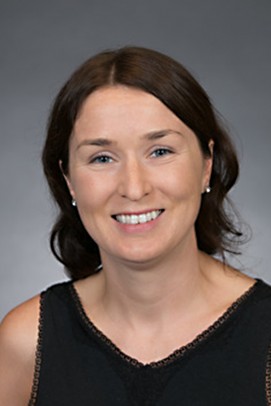 The College of Nursing has been selected as one of 32 schools nationwide to receive the Robert Wood Johnson Foundation’s Future of Nursing Scholars grant, aimed at increasing the number of nurses earning doctoral degrees in research. It’s the third consecutive year UIC has been selected for the grant.

The program provides financial support, mentoring and leadership development for nurses — selected by their college — who commit to earning their doctoral degrees in three years. This year, UIC chose Mary Hannan and Stephanie Ezell to receive the scholarship. They join Laren Riesche (2014), Alison Hernandez and Keesha Roach (both 2015), as past UIC winners.

“The UIC College of Nursing is delighted to be selected as a three-time recipient of this prestigious award,” said Catherine Vincent, interim associate dean for academic affairs and associate professor of women, children and family health science. “We are grateful for the commitment to accelerate the development of future nurse leaders and scholars who have the potential to advance nursing science and address critical issues.”

Hannan, after working several years in a variety of clinical and administrative settings, found herself drawn back to academia to “fulfill my passion to transform healthcare through nurse-driven doctoral research.” She served as a research and teaching assistant while pursuing a master’s of science degree at Marquette University and was an adjunct faculty member there several years later.

“I am passionate about nursing, and my students have told me that I exude that in the classroom,” she said.

Hannan has been practicing as a gerontology acute-care nurse practitioner at a variety of academic medical centers. She has not only worked as a clinician, but also participated in numerous research projects, mostly with patients suffering from acute or chronic kidney disease.

“I’ve been inspired by my patients who require hemodialysis three times per week to sustain their lives,” she said. “I want to help them maintain hope and health while dealing with their debilitating illness. Our medical system is adept at treating acute illness but needs to work on increasing the quality of life for patients with chronic illnesses.” 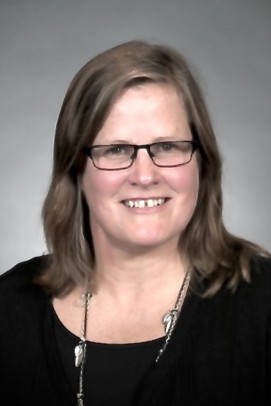 Hannan has participated in several research projects in her career, and she wants to continue to do so as she furthers her education. She is interested in studying how exercise can improve the lives of patients with chronic diseases, especially those with end stage renal disease in underserved areas.

“While working with my dialysis patients, I was amazed by their inactivity level and wondered why prescribing, recommending, or even educating patients about exercise was not part of my routine practice,” said Hannan, who has completed eight marathons and four triathlons. “I believe physical activity plays a critical role in the health of both the well and the chronically ill.”

Ezell, prior to entering nursing, spent 15 years as a high school teacher in Texas, teaching a range of subjects, including math, chemistry, biology and photography. She had an interest in science, so she “took a leap and did something different,” enrolling first in the College of Nursing’s Graduate Entry Program, and now its Ph.D. program. The transition has been smooth.

“I was attracted to UIC because of its strong research base, and I’ve had a great deal of support from the faculty,” she said. Her goal is to perform research and also teach.

During the pre-licensure portion of her program, Ezell began volunteer work with hospice patients. She discovered she wants to enter public health and focus on end-of-life research.

“I have a strong interest in social justice, and I am interested in assisting patients and families who are struggling at the end of their lives,” said Ezell, who earned her master’s degree in nursing and public health in May. “Everyone gets to this stage with unique experiences. Some have endured trauma or other types of psychological distress. I want to learn how to help them make decisions and gain peace.”