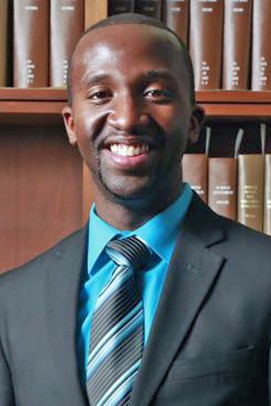 A doctoral graduate of UIC’s College of Education has been appointed a 2016–2017 White House Fellow and will be assigned to the U.S. Department of Education.

Warren Morgan was appointed to the latest class of 16 White House Fellows.

The fellows program was created in 1964 by President Lyndon B. Johnson to give promising American leaders “first hand, high-level experience with the workings of the federal government, and to increase their sense of participation in national affairs.”

“It’s a great national recognition and is consistent with the quality of the College of Education at UIC and its graduates,” UIC Chancellor Michael D. Amiridis said.

Fellows are involved in an education program focusing on leadership, policy formulation and current affairs. Community service is an important part of the program, according to the White House, and the fellows participate in service programs throughout their year in Washington, D.C.

Selection as a White House Fellow is highly competitive and based on a record of professional achievement, evidence of leadership potential, and a proven commitment to public service. Each fellow must possess the knowledge and skills necessary to contribute meaningfully at senior levels of the federal government.

Morgan, 32, received his doctorate in urban education leadership at UIC last spring. He is from south-suburban Dolton.

From 2012 until 2015, Morgan was a principal at Manley High School, a public school on the city’s West Side, where he was credited with helping improve the school’s performance. He earned his Illinois principal’s certification while working on his doctorate in UIC’s nationally ranked urban education leadership program, said Steven Tozer, coordinator of the program.

In 2009, he was awarded Outstanding Teacher of the Year. He is a member of Alpha Phi Alpha Fraternity, Inc. He received a bachelor of arts in psychology from Butler University, where he served as student body president and was selected a Butler Top 10 student. He earned a master’s degree in educational administration from the University of Missouri, St. Louis.

Prior to working in education, he worked as an analyst for the Illinois Senate. After working in public policy, he joined Teach for America as a science teacher in St. Louis.

“This prestigious appointment is high-bar recognition of Dr. Warren’s steadfast commitment and advocacy for public education. It’s exciting that the nation will now benefit from Dr. Warren’s leadership,” said Alfred W. Tatum, dean of the College of Education.