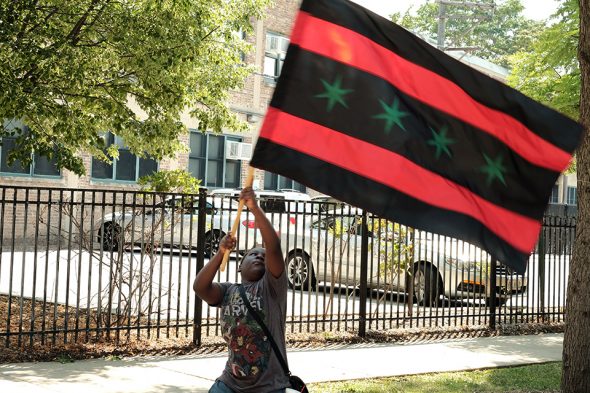 The Jane Addams-Hull House Museum will be hosting “Claiming Space: Creative Grounds and Freedom Summer School” which is part of the “Making the West Side” project that brings together scholars, activists, neighborhood residents to investigate the history of neighborhood change on Chicago’s West Side. Photo: Danton Floyd/360 Nation.

This fall, Jane Addams Hull-House Museum opens “Claiming Space: Creative Grounds and Freedom Summer School,” a collaborative exhibition with artists, educators and students that explores the transformation of public school space amidst the backdrop of depopulation, divestment and school closures on Chicago’s West Side. The exhibition is on display through March 31, 2018, at the Jane Addams Hull-House Museum, 800 S. Halsted St.

In 2013, the City of Chicago closed and consolidated 49 Chicago Public Schools (CPS) locations. More than 3 million square feet of public school space became designated as underutilized or underperforming and was turned back over to the City of Chicago for resale or repurposing. 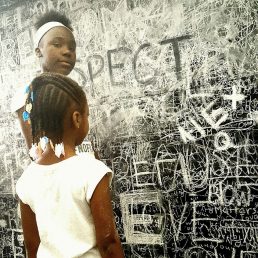 Hull-House Museum will partner with Creative Grounds, led by architectural urban designer Paola Aguirre, and artist Sara Pooley to document and make visible the statuses of closed, sold, non-utilized and merged West Side Chicago Public Schools. Through an interactive mapping installation, “Creative Grounds” will visualize the impacted landscape and the affected communities, contemplate their enormity and reflect on possibilities for the future.

“Through their work, the Creative Grounds artists make a strong and needed statement that as Chicago residents, we have the right to know and to navigate our own education, learning and knowledge landscapes. Becoming informed about our city gives us access and avenues to exercise our right to the city,” said Jennifer Scott, Hull-House Museum director.

Jane Addams Hull-House Museum will also partner with educator and Austin resident Danton Floyd, founder of 360 Nation, a community organization that runs Freedom Summer School based out of Charles Sumner Math & Science Academy. In 2013, the City of Chicago designated Charles Sumner Academy, located between the North Lawndale and West Garfield Park neighborhoods, as an underutilized school. Sumner was spared closure and remains a growing, high-performing school, but three schools in close proximity were shuttered or consolidated.

Students from 360 Nation Freedom Summer School spent the summer learning how to identify and transform neglected spaces into welcoming environments, where they could better see and express themselves through a lens of self-determination. They cleared and configured empty lots around Charles Sumner Academy into viable play spaces with found and discarded materials.

In July, Hull-House commissioned teaching artist Leah Gipson, founder of West Side Art Chicago, to work with Floyd and 360 Nation students over six weeks to create new designs, from the organization’s existing motifs, into dynamic patterned wallpaper. Hull-House also partnered with Alexandria Eregbu, a West Side-based artist and designer, to further interpret the designs by 360 Nation students into logo graphics that communicate key values related to the exhibition and the students’ experience.

These newly designed materials, along with other student-created art work, found and repurposed materials, photographs will transform the spaces at Hull-House and Charles Sumner Academy, re-envisioning these spaces as sites of resistance.

“Collectively, the artistic work of Creative Grounds, the Sumner Academy students and the Hull-House artists demonstrate powerful ways in which everyday citizens claim and reclaim space, defend their rights to their own learning processes and, together, craft the kind of city in which they want to live,” Scott said.

For a companion exhibition, Hull-House will partner with artist and activist Nicole Marroquin who uses art, archives, and living testimonies to make connections between youth-led political movements and spatial justice. Her collaged screen prints chronicle the high school walkouts organized by Black and Latinx students in Pilsen and Little Village neighborhoods between 1968 to 1973. At the time, students who advocated for themselves agitated and were brutally confronted by Chicago police. Marroquin’s work reflects on the claimed spaces and experiences of student activism.