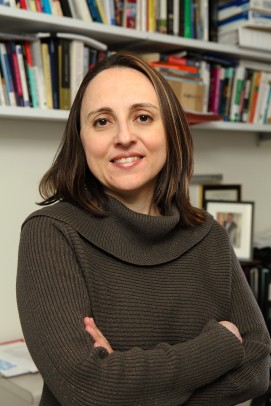 Her recent work examined the role of racial prejudice and group stereotypes in shaping gun policy preferences among whites, Latinos and blacks. This study, which is now a book project, found that racial resentment is a statistically significant predictor of white Americans’ opposition to gun control.

Another recently published study investigates how states’ welfare policies impact the educational outcomes of immigrant youth. Findings suggest that when state-level welfare policies are inclusive of immigrants, young Latinos and Asians are more likely to continue their schooling and graduate from high school.

Among the topics Filindra can discuss are the role of race in political judgments and candidate evaluations, race and partisan politics, policies and public opinion related to immigration, how gun control issues are communicated, and the European Union’s management of large movements of refugees and migrants.