I am UIC: Why we should think twice before retweeting or sharing 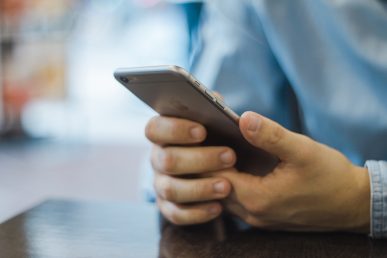 Social media sites like Twitter and Facebook have become online spaces where we can voice our opinions, connect with friends and find entertainment. They have also become main sources of news for many.

Unlike many of our parents or grandparents, who most likely pick up the local newspaper or turn on the TV to stay in tune with the world, we pick up our smartphones and laptops.

Our way of attaining news is quite different. In the online world we have more than a newscast and a newspaper. We are exposed to large amounts of blogs, citizen journalists and diverse frameworks. News and information from diverse outlets flows uncontrollably before our eyes and we don’t just consume it. We share it.

Sharing, retweeting, liking and favoriting only take seconds. The speed at which we disseminate news and participate in making content viral still surprises me. However, despite how convenient and amazing this is, we cannot ignore the cons.

This week I read an article, “Should Reddit be Blamed for the Spreading of a Smear?,” posted on The New York Times website for one of my classes and it really drew my attention toward the dark side of this online sharing phenomenon.

To give you a short summary, the article was about how a missing 22-year-old man, Sunil Tripathi, was falsely accused by the public as being the second suspect of the Boston Marathon bombing that took place in 2013, and it all began on Reddit. A user posted a photograph of Sunit comparing him to a blurry photograph of the actual suspect, claiming there was a resemblance. The speculation went viral. It was passed on to various sites like Twitter and amidst the process was misinterpreted and taken as the “truth.”

When it was disclosed that Tripathi was in fact innocent, those who aided in the dissemination of this misinformation (including Reddit, a professional journalist and blogger Perez Hilton) apologized to his family. The information was amended; however, there was one thing that could not be fixed, the further pain and emotional damage they had caused the Tripathi family. They family received hate messages from people when they were only trying to find their missing son, who was later found dead.

The story saddened me. It was disappointing to read. It made me realize that there is so much fake news that exists online, so much information that has not been confirmed nor denied by experts, and sometimes we don’t even realize if we are being victims of misinformation or disinformation. I also realized that many times there are specific factors that play a role in how we conceive a specific piece of information as true and factual: likes, shares, retweets and verified accounts.

We must remember, however, that large amounts of likes, shares, or retweets are not the equivalent of facts. Verified accounts do not indicate truth. The power that social media networks have, the degree to which they can cause so much harm to others and jeopardize truth and morality is quite frightening. But we shouldn’t forget that we are the ones who keep these sites up and running. Therefore, we should all take some responsibility and take the time to be cautious. We should always verify the information being presented to us and pay close attention to the sources. I don’t think any of us would want to play a part in a case like Sunil Tripathi’s. 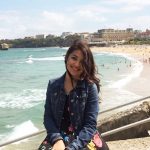 Michelle García De La Vega is a senior double majoring in communications and Spanish. Among the things she loves doing most are drinking coffee and laughing. The moments she appreciates most in life involve family, friends, music, warm weather and experiential learning. Her goal is to travel someplace new every year and she aspires to one day be a conduit of news for her community.

blog, I am UIC, social media