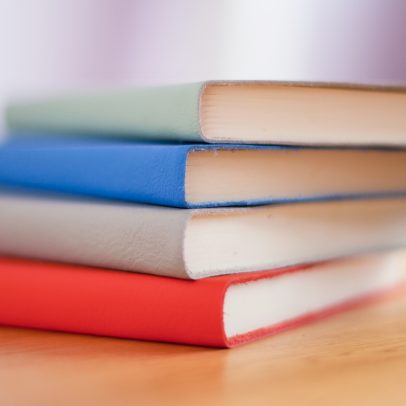 A new incentive program rewards faculty who use library and openly licensed materials instead of textbooks in the classroom.

Called the Open Textbook Faculty Incentive Program, the initiative was created in response to the growing costs of college textbooks, a financial burden for students that has increased by at least 73 percent over the last decade, according to 2016 data from the Bureau of Labor Statistics and Student Public Interest Research Groups.

Negative consequences associated with rising costs include students not registering for a course, taking fewer classes, dropping classes, withdrawing and even failing.

Case and Sandy DeGroote, professor and scholarly communications librarian, spearheaded the development of the incentive program after members from the Undergraduate Student Government voiced their concerns about costs of course materials at UIC.

“The Undergraduate Student Government had done a survey asking students to report how much they spend a semester on textbooks,” DeGroote said. More than 800 respondents reported spending between $200 and $1,000, with nearly 50 percent saying they spend between $300 and $600 each semester.

The University Library and the Office of the Provost believe faculty can help bring those numbers down. The library and provost’s office have earmarked a total of $20,000 in annual rewards for faculty who use open access materials, which include low-cost or free educational tools available on a variety of websites, and other resources that the library has licensed, including more than 50,000 journals and 500 e-books. Instructors using library and other copyrighted materials in classrooms must follow the factors of fair use.

Faculty or their respective departments are eligible to receive the award, which ranges from $500 to $2,000, if they adopt or modify these materials in classes where they teach undergraduate students.

“The first tier is really asking faculty to look out there and see if there might be an open textbook that would meet their needs. They could take something that exists and just use that and incorporate it in their class,” Case said. “For [modification], there might be a text but they only want to use part of it, and they might want to create some of their own information to go with it or make some modifications to other articles and material that they find.

“They’re not necessarily writing a whole new textbook, just taking bits and pieces along with their own content to create something for a course.”

The initiative is also supported by the UIC Bookstore.

To be considered for the award, textbook adoption or modification plans must be in place for fall of 2018, and candidates must submit proposals by Dec. 18. Winners will be notified in January.