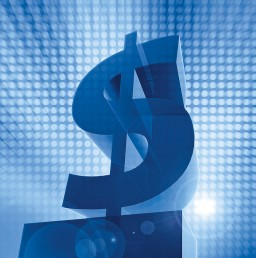 Lawmakers ended the state’s record-setting budget stalemate July 6 by passing a spending plan that will provide full-year funding for the University of Illinois System for the current fiscal year.

The resolution, which was reached after members of the General Assembly voted to override Gov. Bruce Rauner’s vetoes of the budget package, is the state’s first budget plan — and UIC’s first full-year budget appropriation —since fiscal 2015. Fiscal 2018 began July 1.

“Today’s legislative action to pass a balanced budget for the state is a great step forward for higher education in Illinois and for UIC,” UIC Chancellor Michael Amiridis wrote in a campus announcement last week. “I am relieved and full of optimism as we look to the future.”

According to the budget plan, the U of I System expects to receive: about $538 million for fiscal 2018 —10 percent less than state support in fiscal 2015; an additional $300 million to cover shortfalls in fiscal 2017; Monetary Award Program (MAP) funding for fiscal 2017 and 2018; and $40 million in Medicaid funding to support the hospital and clinics.

Amiridis noted that although the university still needs to address the fiscal 2016 deficit of about $125 million, he and other university leaders are glad that the storm of budget uncertainties has passed.

“Now we can focus on what we do best: serving our students and the citizens of Illinois,” he said.

In an email to the campus community, U of I President Tim Killeen wrote he is grateful “to legislators working overtime and making the difficult decisions on a compromise to avert the potentially dire consequences that loomed if the budget stalemate had extended through a third fiscal year.”

He also thanked community stakeholders who voiced their support for the U of I System before explaining the importance of innovative legislation, like the System’s proposal to shift to performance-based funding. Killeen said the university would continue to advocate for stable future funding through a plan known as the Investment, Performance and Accountability Commitment (IPAC) reform. The agreement would provide predictable funding to the university from the state over the next five years in exchange for tangible performance goals that serve the needs of the state and support Illinois students.

“I hope the lessons learned during this long and difficult impasse will help restore long-term stability,” he said.