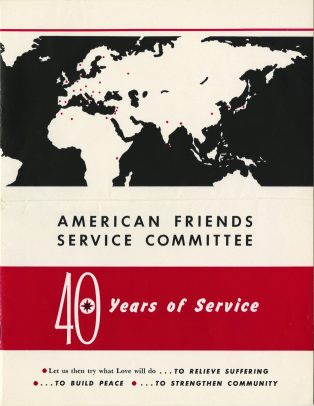 After the American Friends Service Committee began in 1917, it helped refugees flee Nazi Germany, contributed to the peace and civil rights movements that shaped the 20th century, and earned a Nobel Peace Prize.

The Chicago regional office of the American Friends Service Committee, or AFSC, served as a major center where the Quaker organization could tackle social justice issues in Chicago, its suburbs, and parts of Indiana and Wisconsin.

The University of Illinois at Chicago’s Richard J. Daley Library announced that it has made its AFSC collection available to researchers. The collection is made up of 63 linear feet of records produced between 1931 and 1968.

Ion Nimerencu, a UIC processing archivist, organized the collection, which includes information detailing the organization’s contributions to the peace and civil rights movements, as well as its efforts to combat poverty and assist underprivileged groups in the area.

The documents also include minutes of meetings, speeches, promotional literature, reports, newsletters, photos and other materials that detail how the Chicago office collaborated with other local charities and helped AFSC expand its outreach and confront needs of the time, according to library officials. 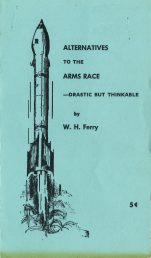 While the organization helped relief efforts in Europe and Asia after World War II, in the United States the AFSC focused on eliminating social injustices that targeted the poor, minority groups, migrant workers and other disenfranchised people.

After the Chicago regional office opened in 1942, a focus was on helping Japanese Americans imprisoned in American detention camps during the war, according to the archives.

The materials at UIC show that in cooperation with the American Baptist Home Mission Society, the AFSC opened the Brethren Hostel in Chicago, which provided temporary housing to Japanese American families transitioning back to society and still facing widespread racism at the time.

The group, which preaches pacifism, took a stand against war during the Cold War and nuclear arms buildup. The group also focused on nonviolent responses to the civil rights struggles of minority groups.

Among the programs highlighted in the collection is the work the group took to educate high school and college students about social activism, civil liberties and civic engagement.