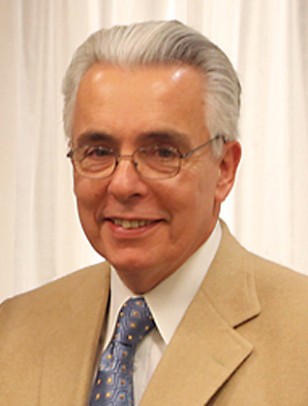 There’s a little bit of Nick Popovich in pharmacies throughout the country.

Student pharmacists have relied on Popovich’s guidance and wisdom for more than 44 years to help them prepare for a successful career upon receiving their doctorate of pharmacy degree. When a scenario arises that may confound new pharmacists, the phrase, “What would Nick Popovich do?” may enter their mind.

“I want to do anything I can to help our students develop their skills,” said Popovich, who was recently awarded the first AACP Lifetime Achievement Award by the American Association of Colleges of Pharmacy. “When our students leave UIC, we want them to have a pretty good idea of what they want to do.”

As associate dean for professional development, as well as a tenured professor, Popovich conducts workshops for fourth-year students to assist them with tips for job interviews and leadership skills. But the young people, he said, are more than simply students.

“We’re colleagues,” Popovich said. “I tell the students, ‘It’s not you versus us, it’s we. We’re here to help you.’ I pride myself on finding ways to help students learn.”

Growing up on Chicago’s South Side, Popovich was interested in the health sciences and believed one day he would become a doctor. But when he was a high school senior, his mother encouraged him to attend a career fair at a local Walgreen’s. After he heard from two pharmacists about the pharmacy profession, his mother suggested he consider the field as a career.

Always an avid learner with varied interests, Popovich took courses in several different fields, from science to business, while an undergraduate student at UIC. He enrolled in a business law class his senior year and was so intrigued that he felt law could be in his future. But he loved pharmacy, and when a mentor in the pharmacy department said he would make a good teacher, Popovich knew that pharmaceutical education was his calling.

Following his graduation from the UIC College of Pharmacy in 1973, Popovich began his career at the University of Kansas. He was then recruited to Purdue University, where he spent the next 28 years of his career.

In 1991, Popovich’s colleagues in the pharmaceutical field thought so highly of him they elected him president of the American Association of the Colleges of Pharmacy, a group whose mission is to advance pharmacy education, research, scholarship, practice and service, in partnership with members and stakeholders, to improve health for all. The statement could have been written with Popovich in mind, said Robert McCarthy, professor and dean emeritus of the University of Connecticut School of Pharmacy.

“Seldom in my career have I seen an individual more committed to the growth and development of his students,” McCarthy wrote in his nomination letter to AACP. “Nick is the consummate servant-leader.”

In 2002, Popovich returned to UIC as a professor.

“Students always come first,” Popovich said. “To me they are the most important people on campus. I want to treat them like they will treat their patients one day.”

Popovich has more than 137 peer-reviewed publications, 28 book chapters and has been section editor of three pharmacy textbooks. The contributions led to his peers awarding him five Rufus A. Lyman Awards, given to individuals who have published outstanding research articles in the AJPE.

Popovich has also received the AACP’s Robert K. Chalmers Distinguished Educator Award; five Professor Robert Heine undergraduate teaching awards at the Purdue School of Pharmacy; two Amoco Awards for teaching excellence presented university-wide at Purdue; and was inducted as a Founding Fellow in the Teaching Academy in 1997. He was also presented with the Golden Apple Award by the 2014 graduating class of the UIC College of Pharmacy.

When he first learned he was selected as the first recipient of the AACP Lifetime Achievement Award, the only word that came to Popovich was “humbling.”