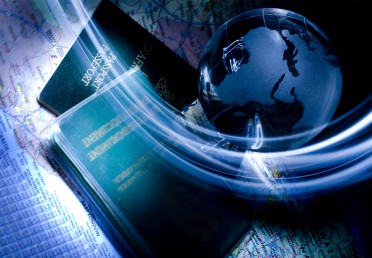 In late December I returned from my semester in Europe as the post-abroad student cliché I used to detest. When people asked me how my semester was I couldn’t help but give out the most generic responses; “It was amazing!” or “Absolutely life-changing!” However, no matter how annoying I must have sounded, the words I spoke were nothing but truth. It was amazing and absolutely life-changing. While I was there I fully understood how fortunate I was and was conscious of the ways in which my perspectives and appreciation of other was changing. However, when I came back to my sweet home Chicago, I realized how much applicable knowledge I’d gained.

When I sat down to watch American news for the first time in five months, I watched it in the context of French and British media outlets, which caused me to see it in an entirely different light. I noticed the differing ways in which news anchors delivered lines, the manner in which other countries and immigrants were spoken of, I even noticed how carefully American news was phrased in order to remain politically correct compared to their European counterparts. As a political science minor, I felt myself contributing so much more to discussions with peers and old professors. One night out with friends, I found myself telling French jokes, despite the fact that I have never in my life told an American joke — it was a riot.

This new knowledge of far-away places surprisingly caused a bit of culture shock upon my arrival as well. My dad had asked me if I thought I would experience it once I came home, but I laughed it off, not understanding how I possibly could since I had been gone for a relatively short amount of time. The first time I felt it was the morning after I landed while I was making breakfast. I reached in the fridge for a couple of eggs and my jaw, quite literally, dropped. The eggs were absolutely huge and I could barely fit two in my petite hand. My mom always buys free-range, organic eggs, so I was shocked that they were so much larger than the fresh eggs I had been buying in Paris. Even this seemingly useless knowledge of eggs in Paris became useful as it reminded me that despite American food labels, which aim to put you at ease, you should always be wary of unforeseen additives.

I was also able to give my friends who are going overseas this spring long list of restaurants, hotels, hostels, and just about anywhere else I went and enjoyed. While I was abroad I kept a log of places and itineraries, each with a few details, stored in my laptop’s drive ready for my eventual return. This is something I would highly suggest as it not only allows you to feel cultured and worldly giving out recommendations to friends, but it also proves to be a great way to keep track of your journey, allowing you to look back at all the places you’ve traveled.

These are just a few of the ways I felt my knowledge learned abroad was either growing or proving useful upon my return to Chicago. It was the little things that I had never considered to exist, like an entire country’s differing sense of humor, that forced me to recognize the unparalleled education I had received and now stood to offer. I can now unashamedly admit that most everything a post-abroad student says about their life being altered forever and wanting to do nothing but travel after college is true, no matter how irritating it is to sit back and listen to it. So, my final advice to anyone preparing to go abroad is that it is OK to find things simply amazing and it is OK to be cliché. 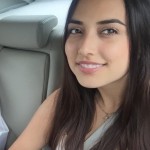 Lucy Teruel is a junior majoring in communications and minoring in political science. Born and raised on the North Side of Chicago, Lucy loves music, French, shopping, going to the gym and traveling. She’s also an avid sports fan with a particular penchant for the Chicago Cubs. She hopes to one day become a sportscaster, so don’t be surprised if you catch her on the nightly news a few years from now.