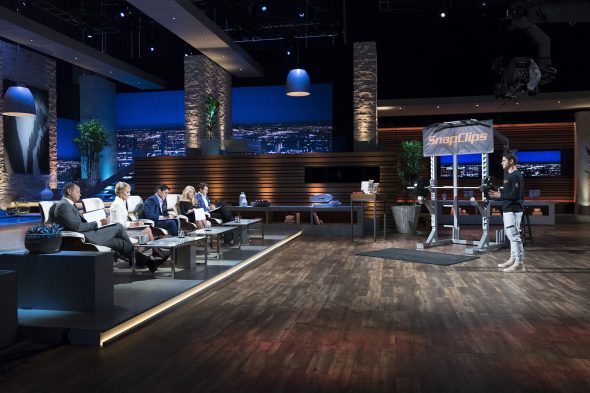 On Sunday’s airing of ABC’s “Shark Tank,” angel investors bit into a business deal with UIC sophomore Martin Dimitrov for his growing company, SnapClips, with one condition: he has to stay in school.

For Dimitrov, it was a deal well worth the potential return.

“I think it’s totally reasonable,” the 19-year-old said. He’s the inventor of the SnapClips product, a durable, user-friendly weight collar that works like a 90s slap-on bracelet. Made with heat-treated steel and reinforced by military-grade Kevlar, the weight collar also has a silicone grip and velcro lock to make sure that free weights on barbells won’t move out of place. It retails for $29.99.

To execute his vision, Dimitrov has juggled schoolwork and developing his venture since high school. During that time, he’s raised $23,000 in a month-long Kickstarter, developed the product, and secured a provisional U.S. utility patent for it.

Currently, he’s a UIC Business Scholar majoring in entrepreneurship, and officially, his company launched in December.

What he’s excited about are the opportunities to come. 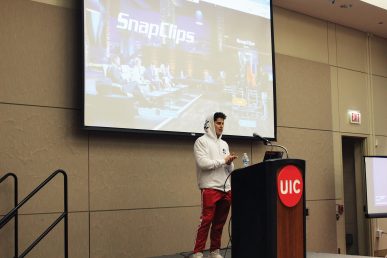 After his pitch, Dimitrov accepted an offer from panel judges for a $150,000 investment in exchange for 30 percent equity in his company. The deal came from Lori Greiner, an inventor and owner of a multimillion-dollar international brand; Mark Cuban, entrepreneur, investor and owner of the Dallas Mavericks, one of Forbes’ top most valuable teams in the NBA; and former New York Yankee Alex Rodriguez, CEO of AROD Corp., a conglomerate that invests in fitness, real estate and other businesses.

Dimitrov almost didn’t participate in “Shark Tank.” His mentor, Patrick Tannous, a 2008 UIC alumnus a mentor and co-founder of Tiesta Tea, encouraged Dimitrov to go on the show. He’s grateful for the experience. 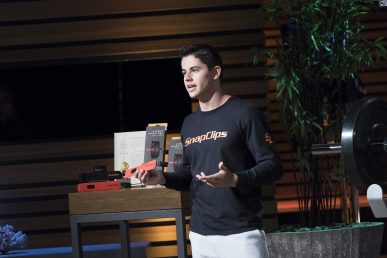 “The process was really long. It was more than half a year, so it was awesome to see all that stuff behind the scenes and how it works,” said Dimitrov. “It was really cool.”

Dimitrov’s phone is getting notification after notification now. He’ll be completing orders and thinking of ways to branch off into other industries where his patent is applicable while things are finalized with the ABC business leaders.

“I’m looking forward to networking more and building these awesome relationships that I’ve just started, building and growing the company, seeing where I could take it,” he said.