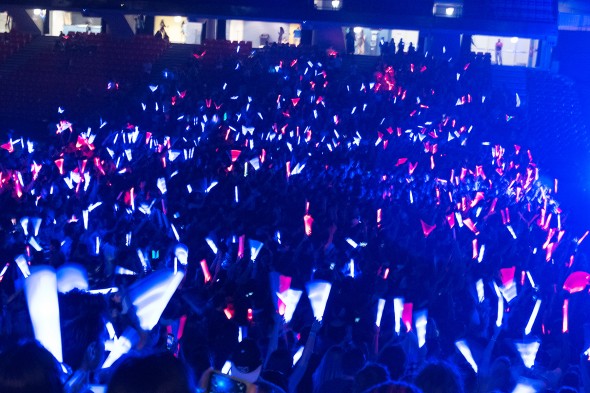 Spark in the Park, the free annual music festival exclusively for the UIC community, is set for Thursday at the UIC Pavilion. ­(Photo: Joseph Horejs)

Spark in the Park is an effort to “welcome students back to campus,” said Bernard Little, associate director for the Center for Student Involvement. “It’s a tradition, and it’s one that brings the entire campus together.”

Gates will open at 5 p.m. at the UIC Pavilion, with performances starting at 7 p.m. A valid UIC i-card is required for admission. The first 2,000 people will be admitted to the floor level. For the first time this year, a limited number of alumni had the opportunity to purchase tickets.

“Because this is about the students, this is student-led,” Little said.

The result is a performance schedule that reflects the diversity of UIC’s student body.

Jonathan Dombro, a senior in economics, is opening the event with the progressive rock band Splor. The band won the 2016 Battle of the Bands event hosted by UIC Radio.

“We play through genres, so we tend to not stick to one sound all of the time,” said Dombro, who plays the ukulele and bandola. “We’re something very different.”

Daya, an American pop artist known for her hit debut single “Hide Away” — which climbed to No. 23 on the Billboard Hot 100 after its release — will take the stage afterward.

Young Thug, also known as Jeffery, will transition the event’s spotlight to rap and hip-hop genres with a touch of trap. The Atlanta rapper is known for his experimental and unconventional styles.

“Having rappers is a really Chicago thing,” Dombro added.

Rapper, singer, songwriter and record producer Travis Scott is set to close the show. He gained recognition for his debut mixtape “Owl Pharaoh,” which was created with help from Kanye West and other prominent producers. The EP features high-profile guests T.I., Wale, 2 Chainz, Toro y Moi, A$AP Ferg and Meek Mill, among others. “Antidote,” one of his most recent singles, was listed at No. 16 on the US Billboard Hot 100.

“This is a major, key event,” said Tyler Portis, a member of the Spark committee. “I hope that people enjoy it.”

For a chance to win a VIP experience, attend the Involvement Fair Aug. 31. For more information, follow the Spark Facebook or the Center for Student Involvement (@UICCSI) or SAB (@UIC_SAB) on Twitter.

Spark in the Park is sponsored and organized by the Center for Student Involvement, the Student Activities Board, UIC Radio and the UIC Pavilion.