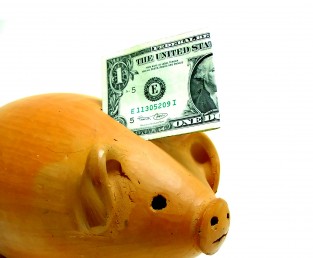 The University of Illinois Board of Trustees on Nov. 16 approved a fiscal 2018 budget that holds the line on spending while increasing enrollment to another record high and extending a tuition freeze for in-state freshmen this fall.

Day-to-day operating costs will remain nearly flat, increasing by only 0.3 percent across the three-university system. Overall costs under the $6.5 billion budget are up $92.1 million, or 1.4 percent, less than the latest 2.2 percent inflation rate measured by the U.S. Labor Department.

President Tim Killeen said ongoing efficiencies have enabled the U of I System to hold down spending and also support efforts to promote student affordability and access. This fall, in-state freshmen saw no tuition increase for the third straight year — the longest freeze in four decades — and System-wide enrollment grew to more than 83,000, a record high for the fifth straight year.

“Maintaining those efforts will require building on the state financial support that was restored last summer when legislators ended a two-year budget impasse,” he said. “State funding is critical to attract and retain world-class faculty and staff who define our excellence and nurture the talent and innovation that drives progress for our state.”

The budget includes $4.8 billion for day-to-day operating costs at the System’s universities in Chicago, Springfield and Urbana-Champaign, up $13.4 million, or 0.3 percent, from fiscal year 2017.

Operating expenses include salaries of nearly 25,000 faculty and staff, as well as funding for hundreds of facilities and academic programs, and are supported by the budget’s unrestricted funds. Tuition revenue and state appropriations are primary sources of unrestricted funds, which decreased $27.4 million, or 1.2 percent, to $2.18 billion.

State funding for the U of I System declined about 10 percent, or $67 million, to $589 million for fiscal 2018. But tuition revenue increased by $29.1 million, or 2.4 percent, to $1.24 billion through a nearly 3 percent enrollment increase that offset another tuition freeze for in-state freshmen.

The budget also includes a $40.8 million, or 1.6 percent, increase in restricted fund revenue, to $2.66 billion. Restricted funds include research grants, private donations, hospital and medical service revenues, and auxiliary operations such as campus housing and food services. Those funds must be spent for a specified purpose or in accordance with donor and contractual restrictions.

In addition, the budget includes an estimated $1.69 billion in payments from the state for employee health-care and pension benefits, up $78.7 million or 4.9 percent from fiscal 2017.

The board also approved the U of I System’s request for state operating funds for fiscal 2019, which begins July 1, 2018. The proposal seeks $681 million, an increase of $98 million from the fiscal 2018 state general funds appropriation.

The request is the first step in the annual budget process, and will be submitted to the Illinois Board of Higher Education and the state of Illinois for consideration.

Officials say the requested increase would restore state funding to support salaries and academic quality, as well as ongoing efforts to increase financial aid to support in-state and underrepresented students.

The fiscal 2019 budget request also seeks $585.1 million in capital funding, which would largely be used to repair and renovate aging facilities at the three universities. Officials say a backlog of projects has grown with no capital funding from the state since fiscal 2010.

Trustees authorized pay-for-performance compensation for Killeen and UIC Chancellor Michael Amiridis under a plan that ties a portion of their total compensation to a set of specific goals.

Killeen will receive $100,000 for his work during the fiscal year that ended June 30, 2017, while Amiridis will receive $75,000. The pay-for-performance compensation represents 100 percent of the total for which each was eligible, and follows a board review of their progress toward goals that advance core missions of education, research, public service and economic development.

The board also voted to eliminate the incentive-based program from Amiridis’ compensation package and roll that money into his base salary.effective with the current fiscal year that began July 1.

Trustees agreed Amiridis has done exceptional work in a challenging higher education environment since taking office in 2015, including three straight years of record enrollment that pushed UIC over 30,000 for the first time this fall. In addition, the move makes his salary structure consistent with the U of I System’s other two chancellors, who do not receive incentive-based compensation.

The incentive-based program was developed in 2013 as a shift away from retention initiatives that are often paid to senior administrators in higher education and tend to make longevity a premium rather than results.

Board of Trustees, budget