U of I leaders sign letter supporting energy initiatives 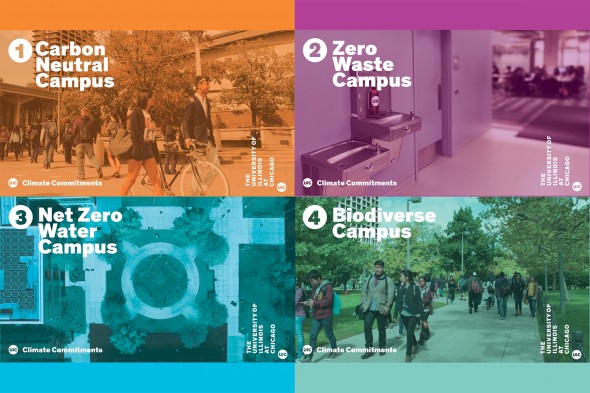 University of Illinois President Tim Killeen, UIC Chancellor Michael Amiridis and UIUC Chancellor Robert Jones are among signatories from more than 170 colleges and universities on a letter that urges President Donald Trump and congressional representatives to accelerate progress toward a clean energy future.

Through the open letter, organized by a diverse group of higher education institutions and the Boston-based nonprofit Second Nature, they call on elected officials to support participation in the Paris Agreement, climate research and investment in the low carbon economy.

“We are committed to developing and deploying innovative climate solutions that provide a prosperous future for all Americans,” the group wrote.

The institutions expressed their alignment with the business and investment communities in supporting the science-based targets outlined in the Paris Climate Agreement. Many of the institutions, such as UIC, have been taking climate action on their own campuses, voluntarily setting carbon neutrality goals.

“A Clean Energy Future is needed for the success of our students,” the letter states.