U of I recommends continuing tuition freeze for freshmen 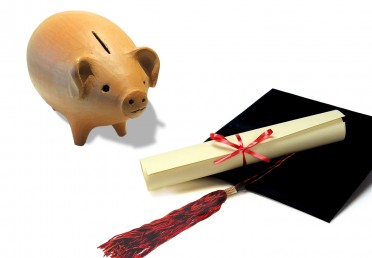 For the third straight year, the University of Illinois System has proposed no increase in base tuition for in-state freshmen next fall – the longest consecutive freeze in tuition rates in 40 years.

The proposed in-state tuition freeze for the System’s universities in Chicago, Springfield and Urbana-Champaign was reviewed Monday by the Board of Trustees’ Audit, Budget, Finance and Facilities Committee, and will be considered by the full board at its Jan. 19 meeting in Chicago.

President Tim Killeen said the recommendation reflects a commitment to student affordability and access that was reaffirmed in a new strategic framework approved last year that sets high-aspiration goals to build on the U of I System’s service to students and the public good.

He said extending the in-state tuition freeze to a third straight year would be the longest in decades, since a four-year freeze from 1974 to 1977, and was proposed despite a budget impasse that has significantly reduced state funding for the U of I System for the last two years.

“Our commitment to affordability has helped System-wide enrollment grow to record highs each of the last two years, providing life-changing opportunities for students and building on the pipeline of world-class talent that is critical to moving the state of Illinois forward,” Killeen said.

Base tuition for in-state undergraduates next fall would match rates for the 2014-15 academic year – $12,036 a year in Urbana-Champaign, $10,584 in Chicago, and $9,405 in Springfield. In Chicago, a tuition differential for all freshmen enrolled in business administration would increase by $150 a year. The differential helps fund two centers supported by students to develop job skills. There will be no change in differentials for other Chicago academic units or for units in Urbana-Champaign and Springfield. Differentials cover the additional costs of providing the highest-quality education in selected areas of study.

Tuition rates for incoming students would remain unchanged for four years under the state’s guaranteed tuition law, launched in 2004 to help students and families plan for the cost of a public university education by fixing tuition rates for the four years required to complete most undergraduate degree programs.

Over the last decade, the university has ramped up internal efforts to protect the most financially vulnerable students, increasing institutional financial aid more than fourfold to $84 million annually. Through state, federal, university and donor-provided financial aid, half of undergraduates pay less than full sticker price across the System’s three universities.