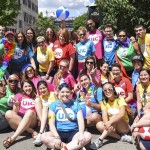 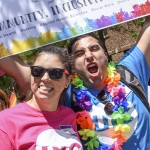 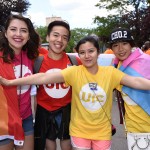 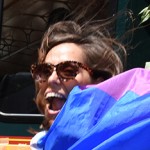 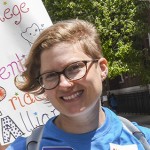 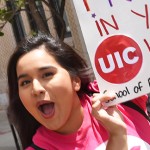 It was all pride and smiles June 25, when about 80 students, staff and faculty members marched as UIC/UI Health in the 48th annual Chicago Pride Parade.

The hospital and all seven of UIC’s health sciences colleges were represented in the delegation.

For the first time this year, UIC and the hospital officially appeared in Chicago’s largest parade, which in recent years has attracted an estimated 1 million spectators to the city’s Uptown and Lakeview neighborhoods.

“Here on campus, we know we embrace a clearer commitment to inclusiveness than any university around. We know that no health enterprise in Illinois is more engaged in the pursuit of health equity and the elimination of health disparities than UI Health. And we should be broadcasting those truths,” Miller said.

“It felt great to be able to publicly affirm our alliance with the LGBTQAI+ community at such a joyful event.”