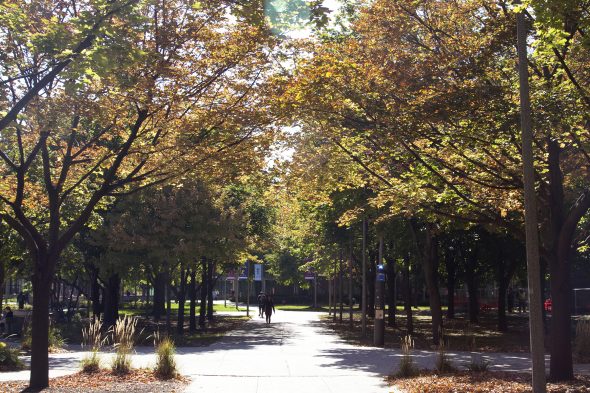 UIC has been recognized for its sustainability efforts with several recent acknowledgements.
Photo: Carley Mostar

The University of Illinois at Chicago has earned praise from federal officials for its sustainability initiatives by earning the designation as a “2018 U.S. Department of Education Green Ribbon School.”

UIC was among 46 schools and districts acknowledged for their efforts to reduce environmental impact and costs, promote better health, and ensure effective environmental education. UIC was one of only six colleges or universities to receive the Postsecondary Sustainability Award.

Officials announced the award Sept. 19 at a ceremony at the U.S. Department of Commerce in Washington, D.C.; it is the latest of two sustainability awards UIC has recently earned.

Officials from the National Oceanic and Atmospheric Administration and the Center for Green Schools at the U.S. Green Building Council joined Frank Brogan, assistant secretary for elementary and secondary education, to congratulate UIC. The Illinois Green Alliance nominated UIC for its efforts, which include: 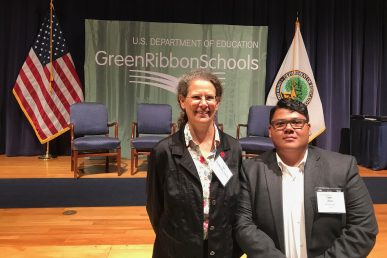 “As UIC rises in the academic rankings, we are proud to also receive recognition as a leader in sustainability,” said Cynthia Klein-Banai, associate chancellor for sustainability. “This is work that has to be done across the campus, and I think the breadth of what we’re being recognized for shows that occasion from hundreds of people across campus toward creating a more sustainable, just world.”

UIC was among the first signatories of the American College & University Presidents’ Climate Commitment in 2007 and among the first to sign the nonprofit Second Nature’s, newly integrated Climate Commitment. In 2016, UIC introduced its climate commitments to be a “Carbon Neutral, Zero Waste, Net Zero Water, and Biodiverse” university. This year, UIC released the Climate Action Implementation Plan identifying the next steps in the university’s efforts to build a stronger sustainable work and living ethic while reducing environmental impact. 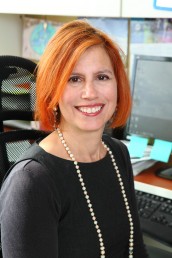 “By achieving a Silver rating in 2018 in the more vigorous STARS version 2.1, UIC has demonstrated in actions our commitment to these goals,” said Chancellor Michael Amiridis. “Our goal is to be responsible stewards of the environment and to serve as a model for universities around the nation.”

With more than 800 participants in 30 countries, AASHE’s STARS program is the most widely recognized framework in the world for publicly reporting comprehensive information related to a college or university’s sustainability performance.

Unlike other rating or ranking systems, this program is open to all institutions of higher education. Because STARS is a program based on credits earned, it allows for both internal comparisons as well as comparisons with similar institutions.

“I am truly grateful to all of our university partners that have made their units even more sustainable since the last STARS report,” Klein-Banai said.

I am UIC, sustainability