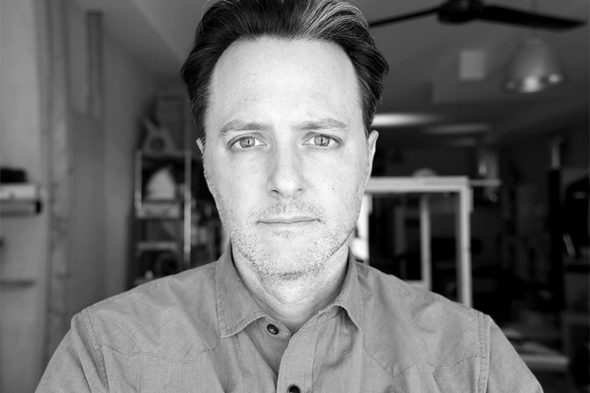 Brian Anderson, assistant professor of industrial design at UIC, was recently named a U.S.-Japan Creative Artists Program fellow by the Japan-U.S. Friendship Commission and the National Endowment for the Arts.

As an industrial design expert, University of Illinois at Chicago assistant professor Brian Anderson understands that properly examining the craft of design means that one cannot look forward without appreciating what has come before.

Anderson, who is assistant professor of industrial design, is aiming to continue his work in Japan after his selection to be an U.S.-Japan Creative Artists Program fellow by the Japan-U.S. Friendship Commission and the National Endowment for the Arts. As part of the program, the fellows travel to Japan during the 2019 calendar year to pursue their residency.

“The overarching intent of my research is to develop enriched understandings of local wisdom and practices as both engines of local production and metaphors for design activity,” said Anderson. “Above all, the stories and expertise of craftsmen, artisans and researchers are the heart of the proposed investigation.”

Since 1978, the Japan-U.S. Friendship Commission (JUSFC) and the National Endowment for the Arts (NEA), along with the International House of Japan and the Government of Japan’s Agency for Cultural Affairs, have administered the program. Since it began, more than 175 U.S. artists, representing various disciplines, have participated in the residency.

Every year, five leading artists from various disciplines spend three to five months in Japan. The program allows the artists to research and experience both the traditional and contemporary artistic milieu of Japan, according to JUSFC officials. The artists are free to live anywhere in Japan to pursue activities of greatest relevance to their creative process.

As an academic, Anderson investigates the history, nature and structure of “making” from the scale of “artisan and craftsman” to that of factories, he said. His work focuses on innovative forms, novel methods and hybrid materials to demonstrate “new ways of knowing.”

“My work is as insistent in its reverence for what has come before as it is on imagining new possibilities,” Anderson said.

Anderson holds Master of Fine Arts degrees in designed objects and writing from the School of the Art Institute of Chicago. He also earned a master’s from the Harvard Graduate School of Education, as well as a bachelor’s in chemistry from the University of California, San Diego.

The U.S. Congress established the commission as an independent federal government agency in 1975. The commission administers a U.S. government trust fund that originated in connection with the return to the Japanese government of several U.S. facilities in Okinawa. The agency supports research, education, public affairs and exchange with Japan.

The other artists selected to be fellows include an author, composer, multidisciplinary artist and a visual artist.

“Our partnership with the National Endowment for the Arts continues to be a priority as we promote cultural and artistic exchange between the United States and Japan,” said Paige Cottingham-Streater, executive director of the Japan-U.S. Friendship Commission.